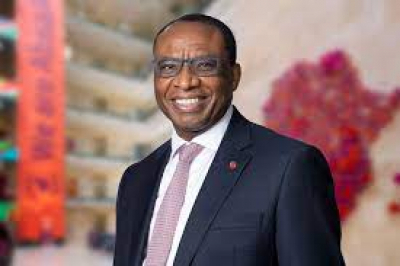 South African-led investment plan that maps out investments required to achieve a just energy transition and help guide the use of funds.

This is according to the Head of the Presidential Climate Finance Task Team, Daniel Mminele, who - together with the United Kingdom’s COP26 Envoy and Chair of the International Partners Group, John Murton - hosted a joint media briefing in Pretoria to provide an update on the work underway to finalise the Just Energy Transition Partnership (JETP).

"We are also focused on reaching an agreement on the financing package that both meets our investment needs and aligns with our fiscal framework. Intensive work is currently underway on both these areas and our aim is to finalise an investment plan in time for COP27 in November 2022 as a target, "Mminele said.

Through the Political Declaration issued in November 2021 to establish this partnership, the United Kingdom - together with the European Union, France, Germany, and the United States -undertook to mobilise an initial amount of $8.5 billion over the next three to five years to support the achievement of South Africa’s ambitious Nationally Determined Contribution (NDC).

In the engagements that we have had with the international partners thus far… there is a shared recognition of the need to ensure that the financing packages approved are appropriately structured to support South Africa’s climate ambitions and priorities.

"We have made it clear that the financing instruments should reflect South Africa’s unique needs, fiscal challenges and incorporate appropriate and equitable risk sharing arrangements," Mminele said.

This includes ensuring that the terms of any loan finance should be significantly more attractive than could be secured in the capital markets.

"It is also crucial that we prioritise job creation and ensure that no person is left behind in this process. The investment plan will identify critical projects that will be initiated before COP27 as well a longer-term portfolio of projects, both of which will foreground the need for a just transition and support for affected workers and communities, "Mminele said.

In addition, the partnership recognises the need for long-term cooperation to mobilise an initial amount of $8.5 billion over the next three to five years to support the achievement of South Africa’s ambitious NDC.

"We confirmed that we are fully committed to the partnership and determined to its success, demonstrated by that COP President Alok Sharma was received by a delegation of Ministers from the South African government, relevant departments, Eskom and local financing instruments, "he said.

The meeting held on Tuesday reflected on the progress made since COP26 in advancing the JETP as a ground-breaking initiative to enable South Africa’s transition to a low carbon economy and a climate resilient society.

Mminele said this partnership provides the country with the opportunities to create jobs, boost the economy and to address the threat of climate change at the same time.

The COP President and Ministers underlined their shared commitment to a just transition that protects affected workers and communities as a key priority of the partnership, and to supporting opportunities for innovation and quality jobs including in the green hydrogen and electric vehicle sectors.

As committed to in the Political Declaration, the South African Presidential Climate Finance Task Team (PCFTT) and the International Partners Group (IPG) outlined the progress made towards the creation of an enabling policy environment to support South Africa’s NDC, including the tabling of a Climate Change Bill in Parliament and reforms underway in the electricity sector.

In addition progress was outlined on the finalisation of the Hydrogen Economy Roadmap, the Renewable Energy Masterplan and the development of a just transition framework through the Presidential Climate Commission.

"It further details the steps that have been taken to establish governance and implementation structures for the partnership, including the appointment of an independent technical secretariat, led by Joanne Yawitch and the imminent establishment of working groups focusing on the electricity, green hydrogen and transport sectors as well as finance and implementation modalities.

"Finally, it confirms the commitment of the partners to finalise a comprehensive Investment Plan as well as to continue discussions regarding the financing package to enable meaningful progress by COP27, "Mminele said.

More in this category: « South Africans should brace for another Petrol price hike in July. Eskom workers picket at power stations over wage demands. »
back to top