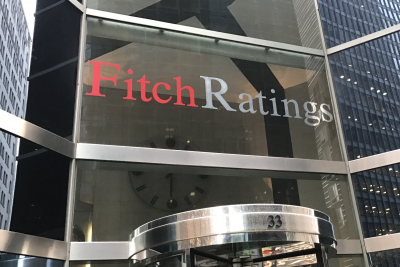 Fitch said the key factors for the rating were high and rising government debt, low growth and high inequality. The ratings were however supported by "a favourable debt structure... as well a credible monetary policy framework."

"The affirmation takes into consideration that government debt last year was lower than previously anticipated, but that debt stabilisation will remain challenging."

Fitch expects economic growth to decelerate 2.3% in 2022, and fall even further to 1.7% in 2024. It says that while growth is currently supported by the return to normalcy after the Covid-19 pandemic and high commodity prices, the international environment is becoming "more challenging".

The ratings agency also pointed out South Africa’s energy shortages were a big growth risk. The country experienced an unprecedented stretch of Stage 6 load shedding over the past weeks and while there has been some improvement, the forecast is for lower stages of load shedding to continue for some time.

"Electricity shortages weigh heavily on growth and this could worsen further before new supply, mostly in the form of independent power producer (IPP) projects, comes on line," Fitch said.

While the government is making progress with its reform agenda, the scale of measures (beyond electricity) is too limited to make a significant difference to potential growth in the medium term."

The ratings agency said that the poor finances of many state-owned entities still "pose considerable risks to public finances". Eskom is expected to require an additional R150 billion, but Fitch did not factor this into its debt forecast "due to the uncertain timing and form of support".

In a statement, National Treasury said according to Fitch, the affirmation takes into consideration that government’s debt trajectory is lower than previously anticipated, as well as recent improvements in several key credit metrics, including the current account balance.

"However, the agency anticipates debt stabilisation to remain a challenge. Government will continue to demonstrate its commitment to fiscal sustainability and enable long-term growth by narrowing the budget deficit and sizable debt.

Moody’s in April upgraded the country’s credit rating outlook from negative to stable.

More in this category: « Confirmed: Retirement funds can move 45% offshore. National Treasury plans to extend sugar tax and expand it in 2023. »
back to top