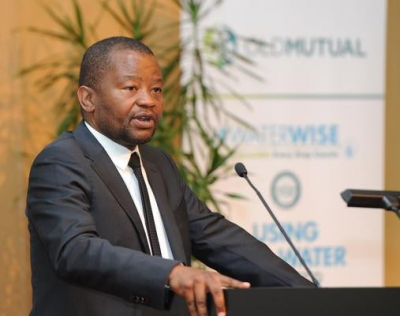 Axed Old Mutual boss Peter Moyo has resigned from his post on the board of Nedbank.

Moyo,who had been a non-executive director at Nedbank, has been battling with Old Mutual over his sacking since he was dismissed following a dispute over a conflict of interest in June 2019.

Nedbank Group Chairman, Vassi Naidoo, thanked Peter for his contribution to the group since his appointment in 2018 in terms of the relationship agreement between Old Mutual Limited and Nedbank Group Limited, which provides for Old Mutual Limited to nominate one director to the boards of the Companies for as long as OML’s shareholding is equal to or greater than 15% in Nedbank Group," Nedbank said.

After winning a series of victories in court, he has lost at his last few hearings.

On Tuesday,Johannesburg High Court dismissed Moyo’s urgent application to prevent Old Mutual from hiring a new CEO permanently after the court ruled that the former executive's dismissal in January was lawful.

Tweet
More in this category: « Massmart continue to consult with CCMA over retrenchments at their Dion-Wired stores. News Just In:MTN drops data prices by 50% from mid-April. »
back to top