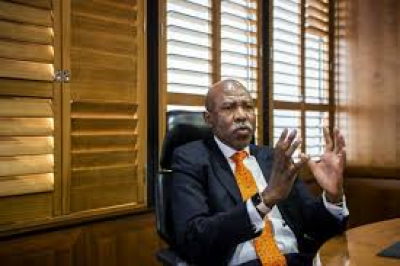 The global economy, still reeling from the pandemic and Russia's invasion of Ukraine, is facing an increasingly gloomy and uncertain outlook, the IMF said, with many of the downside risks flagged in the group’s April World Economic Outlook beginning to materialise.

"Higher-than-expected inflation, especially in the United States and major European economies, is triggering a tightening of global financial conditions. China’s slowdown has been worse than anticipated amid Covid-19 outbreaks and lockdowns, and there have been further negative spillovers from the war in Ukraine," said IMF director for research, Pierre-Olivier Gourinchas.

"As a result, global output contracted in the second quarter of this year."

"This reflects stalling growth in the world’s three largest economies – the United States, China and the euro area—with important consequences for the global outlook,"it said.

Despite the slowing activity, global inflation has been revised up, in part due to rising food and energy prices, the IMF said.

Inflation this year is anticipated to reach 6.6% in advanced economies and 9.5% in emerging market and developing economies—upward revisions of 0.9 and 0.8 percentage points respectively—and is projected to remain elevated longer.

Inflation has also broadened in many economies, reflecting the impact of cost pressures from disrupted supply chains and historically tight labour markets.

Worryingly, the risks to the global outlook are "overwhelmingly tilted to the downside", the IMF said. These include:

°The war in Ukraine could lead to a sudden stop of European gas flows from Russia.

°Rising food and energy prices could cause widespread food insecurity and social unrest.

In a plausible alternative scenario where some of these risks materialize, including a full shutdown of Russian gas flows to Europe, inflation will rise and global growth decelerate further to about 2.6% this year and 2% next year—a pace that growth has fallen below just five times since 1970, "the group said.

"Under this scenario, both the United States and the euro area experience near-zero growth next year, with negative knock-on effects for the rest of the world.

While the global economic outlook has been revised down, South Africa’s economic performance is looking better than in the April announcement. Economic growth for 2022 is now projected to be 2.3%, up from 1.9% previously, though the projections for 2023 remain low at 1.4%.

The IMF said that, in response to incoming data, central banks of major advanced economies are withdrawing monetary support faster than expected, while many in emerging market and developing economies had already started raising interest rates last year.

South Africa started its hike cycle sooner than many advanced economies. In November 2021 it lifted rates by 25 basis points, followed by another 25bp hike in January and March 2022. Rate hikes have since accelerated with rising inflation, with the May meeting yielding a 50bp hike, and the latest meeting in July resulting in a 75bp hike.

The IMF said that the resulting synchronised monetary tightening across countries is historically unprecedented, and its effects are expected to bite, with global growth slowing next year and inflation decelerating.

However, it said that central banks should "stay the course".

"Tighter monetary policy will inevitably have real economic costs, but delaying it will only exacerbate the hardship. Central banks that have started tightening should stay the course until inflation is tamed," it said.

More in this category: « PA resolute in contributing to resurgence, resilience and revival of insurance sector. Money laundering seen a high risk threat for SA banks. »
back to top