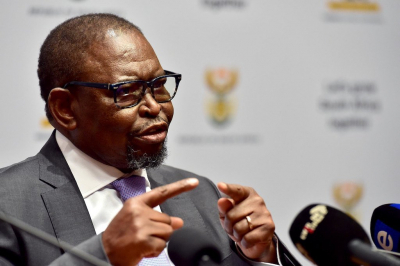 The National Treasury and the South African Revenue Service (SARS) have published a range of draft tax bills for public comment.

The 2022 draft Rates Bill was first published on Budget Day (25 February 2022) and gives effect to the tax proposals announced in Chapter 4 of the 2022 Budget dealing with changes to the rates and monetary thresholds to the personal income tax tables and increases of the excise duties on alcohol and tobacco.

It has been revised to include changes tabled by the minister in Parliament on 31 March 2022 and 31 May 2022 regarding temporary relief on the fuel levy as well as the postponement of the effective date of an inflationary increase in the health promotion levy of 4.5% to 2.31 cents per gram of sugary beverages with more than 4 grams of sugar per 100 ml from 1 April 2022 to 1 April 2023.

The 2022 draft Revenue Laws Amendment Bill contains proposed amendments dealing with the "two pot" retirement system. The proposed amendments give effect to the previous announcements made by the minister in the February 2021 Budget Speech and November 2021 Medium Term Budget Policy Statement, Treasury said in a statement on Friday (29 July).

Treasury proposals envisages a 'two-pot' system under which members would be allowed to access up to a third of their net retirement fund contributions and accrue investment returns on an annual basis to provide short-term financial relief.

This will be accompanied by the requirement that the remaining two-thirds are preserved over the long term, which will improve retirement outcomes for the majority of fund members relative to the status quo.

The proposal is to split contributions into two pots for all retirement funds:

These amendments also follow a discussion document published by National Treasury for public comment on 15 December 2021, titled "Encouraging South African households to save more for retirement".

The 2022 draft TLAB and 2022 draft TALAB contain the remainder of the tax announcements made in Chapter 4 and Annexure C of the 2022 Budget Review, which are legislatively more complicated and require greater consultation with the public. Key proposals included in the 2022 draft TLAB are the following;

°Extension of the Research and Development tax incentive sunset date;

°Impact of IFRS17 insurance contracts on the taxation of insurers;

°Reviewing the debtor’s allowance provisions to limit the impact on lay by arrangements.

Key proposals included in the 2022 draft TALAB are the following:

°Advance rulings under the Customs and Excise Act;

After receipt of written comments, National Treasury and SARS normally engage with stakeholders through public workshops to discuss the written comments on the draft tax bills.

More in this category: « DMRE publishes official fuel adjustments for August 2022. Treasury draft a plan to allow one withdrawal a year in your pension savings. »
back to top