Investec budgets up to R2m for each executive's protection. 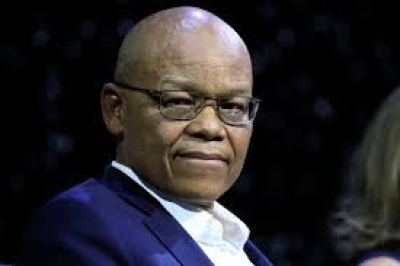 Investec's remuneration committee has proposed covering the personal security costs of its top executives in South Africa amid a rising crime rate.

The committee has agreed to make available an additional benefit to the executive directors entitling them to enhanced personal security services.

Investec saw overwhelming support for the amendment, with 99.79% of votes in favour of the amendment to the DLC director’s remuneration policy. The DLC Committee determines the salary of executive directors at the bank.

"This – the private security benefit – is currently a taxable benefit in South Africa and the annual cost for each director, including the income tax due on the benefit, is expected to be in the region of £100,000 (R2,000,000)."

Investec said that such a benefit is essential and commonplace for senior executives of large companies in the country as a result of the unfortunate risks they are exposed to when travelling within the country.

The South African Police Service (SAPS) latest crime statistics showed a rise in violent crimes across the country. According to the SAPS, 6,083 people were murdered over the quarter (up 22%) – the equivalent of 68 people a day – which is the highest number recorded over this period in the last five years.

Investec had been planning to make this amendment for a while. According to the Investec remuneration report for 2022, any benefits provided to executive directors alongside the value of any pension contributions were deducted from fixed pay.

Activist group Just Share argued that executive pay at Investec was at excessive levels and questioned the reasoning behind why the company should bear the personal security costs of its employees where inequality and pay gaps are increasingly more prevalent.

The bank's remuneration report showed that its chief executive officer Fani Titi earned over R87 million a year in fixed pay and incentives.

More in this category: « Capitec still working on returning its banking services online. Consumers to get relief from surging fuel and food prices |Economists. »
back to top