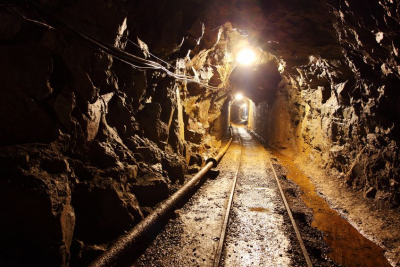 Sibanye-Stillwater is the first mining company to follow in the steps of the country’s president, Cyril Ramaphosa, by donating a third of its executive team’s salaries to the COVID-19 Solidarity Fund.

The company also said it would resume limited operations from its South African gold and platinum group metal (PGM) mines from April 14. The mines had been placed on care and maintenance from March 25 in line with the government’s decision to implement a 21-day lockdown of the country in an effort to stop the spread of COVID-19.

It was during that address that Ramaphosa announced he,and his cabinet would take a one-third cut in salary for the next three months and donate the proceeds to the Solidarity Fund. He called on the country’s executive class to do the same.

The lockdown was on April 9 extended by another two weeks although Ramaphosa said "risk-adjusted measures" would be adopted to enable for a phased recovery of the economy "allowing the return to operation of certain sectors under strictly controlled conditions".

Sibanye-Stillwater's donations, which will include that of the group’s CEO Neal Froneman, will take place for the next three months. The decision to make the contribution was unanimous, the company said.

Froneman received a total basic pay of R11.7m before salary benefits in the firm’s 2018 financial year, the last available remuneration report publicly available. Charl Keyter, the firm’s CFO, received R6m. The total basic monthly salary bill for Sibanye-Stillwater’s prescribed officers in the 2018 financial year was R49.9m which would be the contribution over the period for donations.

The group also said today that it had received approval for limited mining and processing at its South African operations from April 14 "subject to the implementation of agreed protocols to address COVID-19 related health and safety risks".

Details of how the South African mining sector is likely to emerge from the lockdown are due in the coming week.

Meanwhile some workers at Impala Platinum have been called to return to work on Tuesday as the mining house seeks leave to restart some of its operations.

"This was done in consultation with our stakeholders and in line with all the statutory measures introduced by the government," said the group's head of investor relations and corporate communication, Alice Lourens.

Lourens said Implats continued to pay all its employees – those currently doing essential maintenance work and those at home – during the 21-day lockdown which was due to end on April 16, before President Ramaphosa announced its extension to the end of the month.

Twitter
More in this category: « South African Reserve Bank cuts repo rate by another 100 basis points. Heineken sales slide and warns that the impact of the COVID-19 pandemic would still be felt. »
back to top