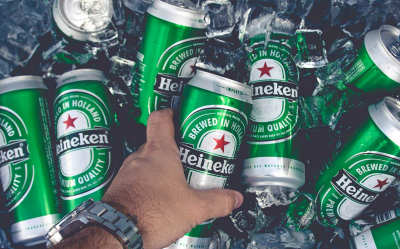 Heineken said that coronavirus containment measures strangled sales which dropped by 14% by volume during March.

The world’s second-largest brewer said the current quarter would be worse and the impact of the pandemic would still be felt in the second half of the year, sending the stock 2.4% lower.

Heineken CEO  Jean-Francois van Boxmeer said in a statement,“Our performance for the first quarter reflects the initial impact of those measures, and volumes in March were obviously heavily affected.”

The next three months did not look much better, either.

Beer sales by volume fell by 14% in March according to the earnings statement, when many governments began to implement confinement measures.

“The initial impact of the Covid-19 crisis is visible in the volume performance of this quarter and is expected to worsen in the second quarter of 2020,” the statement said.

“We have taken necessary measures to reduce our costs, secure additional financing and adapt to the fast changes,” it said.

Members of the executive board and executive team decided to cut their base salaries by 20% from May to December.The company has also decided to cancel payment of an interim dividend following its half year results in August.

Twitter
More in this category: « Sibanye-Stillwater to donate a third of its executive team’s salaries to the COVID-19 Solidarity Fund. BRP may have to discontinue the proceedings and place SAA into liquidation. »
back to top