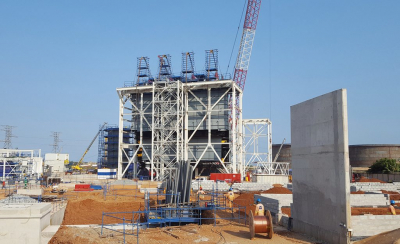 Group Five Limited have advised shareholders that the company has made the application to the Johannesburg Stock Exchange to delist. The delisting application was approved by the JSE on the 6th of May 2020.

The last day of trading for the company will be on June 9, with the record date for the delisting being June 12 and the company’s listing to be officially removed from the JSE on June 15.

The rationale, a statement on May 11 explained, is that the business rescue practitioners (BRPs) believes that there is no realistic prospect of there being any residual value available for or attributable to the company’s shareholders and, consequently, the issued shares of the company have no value.

Stakeholders were informed of the decision at a meeting in September last year, and it has been tabled in the business rescue plan.

In addition, Group Five no longer complies, or will no longer be able to comply, with the JSE listing requirements in various material respects.

Shareholders are advised that Group Five has made application to the JSE Limited (“JSE”) to delist
the Company (the “Delisting”), which application was approved by the JSE on 6 May 2020.

The purpose of this announcement is to advise shareholders of the rationale and salient dates
and times of the Delisting.

2. Rationale for the Delisting

2.1. On 12 March 2019, the board of directors of Group Five (the “Board”) placed the
Company and its major subsidiary, Group Five Construction (Pty) Limited (“Group Five
Construction”) into business rescue (the “Business Rescue”) in accordance with Chapter
6 of the Companies Act, No 71 of 2008 (the “Companies Act”). The Company
simultaneously requested the suspension of Group Five’s shares on the JSE, which
suspension was granted by the JSE on 12 March 2019 (the “Suspension”).

2.2. In terms of the Business Rescue proceedings, the Board appointed joint business rescue
practitioners (“BRPs”) who assumed control of the Company and commenced the
preparation of business rescue plans for both Group Five and Group Five Construction in
terms of Section 150 of the Companies Act (the “Business Rescue Plans”). The Business
Rescue Plans were approved and adopted by creditors on 11 September 2019.

2.3. Upon implementation of the approved and adopted Business Rescue Plans, the BRPs do
not believe that there is any realistic prospect of there being any residual value available
for or attributable to the Company’s shareholders and, consequently, the issued shares
of the Company have no value. This was communicated to stakeholders at a meeting of
creditors held on 11 September 2019 as well as being tabled in the Business Rescue Plan
and referenced in the monthly updates provided to the Company’s stakeholders (which
monthly updates have been drawn to the attention of shareholders in various SENS
announcements)1.

2.4. In addition, Group Five no longer complies, or will no longer be able to comply, with the
JSE Listings Requirements in various material respects including:

• the subscribed capital, which includes reserves but excludes minority interests,
revaluation assets and intangible assets, amount to an adverse R1.4 billion which is
below the threshold of R50 million as prescribed in the JSE Listings Requirements;
and

• Group Five has been unable to release audited financial results, with the last
financial results having been released on 30 June 2018 which contained an
operating loss of approximately R1.2 billion (including fair value adjustment) and
which is below the requirement of an audited profit of at least R15 million before
taxation and after taking account of headline earnings adjustments on a pre-tax
basis.

2.5. Accordingly, the Delisting will be implemented on the dates and times set out in
paragraph 3 below.

The salient dates and times for the Delisting are as follows:

Date: 11-05-2020 12:28:00
Produced by the JSE SENS Department. The SENS service is an information dissemination service administered by the JSE Limited (‘JSE’).
The JSE does not, whether expressly, tacitly or implicitly, represent, warrant or in any way guarantee the truth, accuracy or completeness of
the information published on SENS. The JSE, their officers, employees and agents accept no liability for (or in respect of) any direct,
indirect, incidental or consequential loss or damage of any kind or nature, howsoever arising, from the use of SENS or the use of, or reliance on,
information disseminated through SENS.

Tweet
More in this category: « Burger King to deliver on SA's cravings from 06 May 2020 (tomorrow). South African banks ready to accept loan applications from COVID-19 hit business. »
back to top