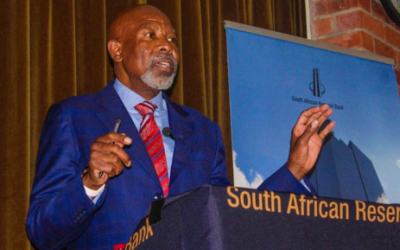 The Reserve Bank's monetary policy committee has voted to reduce the repo rate for the fourth time this year, from 4.25% to 3.75%.

The repo rate is the benchmark interest rate at which the Reserve Bank lends money to other banks.

The decision  follows the three-day meeting of the Sarb's Monetary Policy Committee (MPC) which Kganyago chairs.

At the last emergency MPC announcement  in April, Sarb cut interest rates by 100 basis points, to help the country's economy that was taking a hit  from the Covid-19 pandemic.

During his MPC speech on Thursday, Kganyago noted that since the April MPC meeting, the Covid-19 pandemic continued to spread globally, with wide-ranging and deep social and economic effects.

“Economic contractions are expected to be deepest in the second quarter of 2020, with gradual recoveries in the third and fourth quarters of the year,” he said.