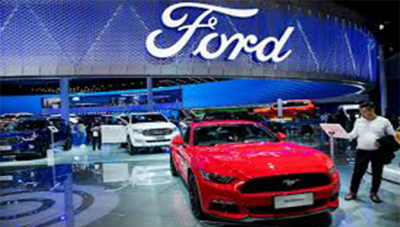 Automaker Ford says it will be adding 1 200 jobs to its Silverton plant in order to meet growing international and local demand for the New Ranger, Ranger Raptor and Everest.

In a statement, the Ford Motor Company of Southern Africa said it would, in August, be introducing a third shift at the vehicle assembly plant to the west of Pretoria.

This would take Ford’s total employment in South Africa to approximately 5 500 employees. Ford said the third shift would "significantly bolster supplier companies by adding around 10 000 jobs in this sector".

Ockert Berry, Ford's vice president of operations in the Middle East and Africa, said the third shift showed that Ford's R3bn investment in its SA plants, announced in 2017, was "now coming to fruition".

"The investment enabled extensive reworks at the Silverton Assembly Plant to expand our production capacity from 124 000 vehicles per year to 168 000 units, which is 58 000 vehicles more than our original capacity when the current Ranger programme commenced in 2011," he said.

Ford said that, form the start of August, the Silverton plant will run around the clock using a three-shift pattern from Monday to Thursday, with the additional Friday third shift available to address any potential shortfalls.

Approximately two thirds of Ford’s local production is exported to 148 global markets, said the automaker, with the balance sold in South Africa and Sub-Saharan African countries.

Tweet
More in this category: SARB cuts repo rate »
back to top