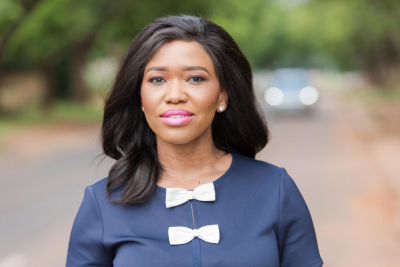 Women in South Africa are the backbone of the economy. According to a Flux Trends Report on the Worth of Women, they contribute over 48% to SA's GDP, despite earning 27% less than men. They play primary roles in their families and society, yet are still unfortunately not financially compensated enough. Meanwhile, the household and care work done by women amounts to 53% of South Africa's GDP. So why haven’t they been recognised sufficiently for the proven economic and relational value they bring?

This is just one of the questions set to be interrogated during the Liberty Blue Table Sessions; a six-part video series designed to tap into the power of our shared experiences and humanity in the face of unprecedented life-changes. Hosted by award-winning journalist and broadcaster, Gugulethu Mfuphi, these conversations will feature women and men from all walks of life, unearthing the truth about the value women bring to society. The panel has not shied away from tackling tough, and even traumatic issues, such as gender-based violence, which has been on the rise on account of the pandemic.

"Our intention with the Liberty Blue Table Sessions is to not only address the issues women face in society, but to unpack and unfold how the value women bring to the economy should be acknowledged and celebrated. That's why it was pivotal to include men such as Dr Sivuyile Madikana (popularly known as Dr Sivu), and Tumi Phake in these discussions. We recognise that if we are to shift the dial on womenomics, men should also be a part of this journey," said Thabang Ramogase, Chief Marketing Officer at Liberty.

The Liberty Blue Table Sessions will launch on 15 July and will be available on Liberty’s Youtube channel. For a sneak peek into what the audience can expect, click here for the Womenifesto.

"We are really excited about the launch of this series and our intention is to continue with the platform and  delve further into the new economic and personal realities we face in the wake of a global pandemic. As a brand that is rooted in humanity, our commitment to people is to is to be there at their moments of truth and life changes, so that they never feel alone in their journey towards financial freedom" - concludes Ramogase.