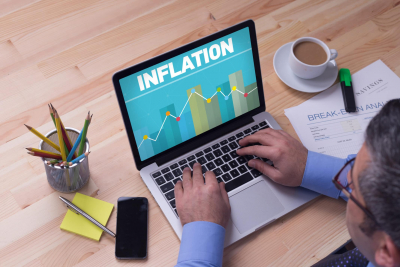 With the lockdown gradually easing, the annual consumer price index (CPI) rose to 3.2%, up from 2.2% in June.

The increase was the biggest monthly rise since February 2016, when the rate was 1.4%.

In a statement, Statistics South Africa (Stats SA) said the monthly move in July was driven largely by fuel prices and municipal tariffs.

“Motorists felt some pain as the price of inland 95-octane petrol climbed from R13.40 per litre in June to R15.12 per litre in July. The average price for a litre of diesel jumped from R13.13 to R14.62,” Stats SA said in a statement on Wednesday.

Despite these increases, fuel was still 6.2% cheaper this July than it was in the same month last year. Inland 95-octane petrol would have set a consumer back R15.81 per litre in July 2019.

During July, municipalities annually introduce revised tariffs (for water and electricity) and municipal rates in the month of July. The increases in July 2020 are lower than the increases recorded in July 2019.

The national statistical service said annual food and non-alcoholic beverages inflation has remained in the 4.2% – 4.4% range since February 2020. The rate was 4.3% in July 2020.

Meat prices, however, remained unchanged on average between the two months.

“But chicken prices saw aggregate declines, with IQF bags decreasing by 1.9% between June and July, and fresh portions by 0.4%,” Stats SA said.

During the same period, alcoholic beverages were available for sale in June and for the first half of July. Prices increased by 1.2% during this period. The annual price change was 1.9%.

Funeral expenses increased sharply in July, rising by 8.7% year-on-year. This is far higher than the 1.1% annual rise recorded in April (funeral related prices are recorded once a quarter). Prices for gravestones increased by 3.2% in July, higher than April’s 0.3%.

Tweet
More in this category: « South Africans urged to make use debt counselling. Petrol price to increase by 1 cent per litre from Wednesday. »
back to top