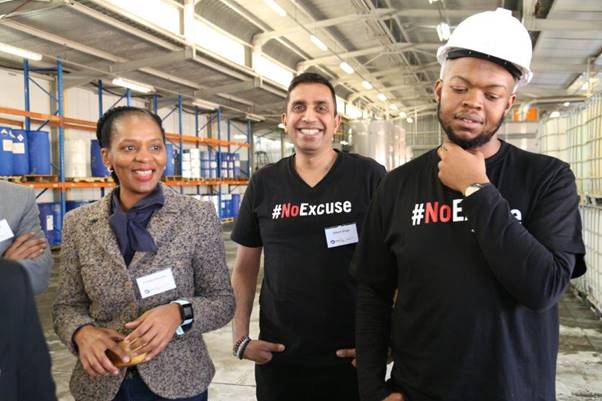 Since entering the African market at the end of 2016, AB InBev Africa has supported more than 200 local entrepreneurs in South Africa and over 500 local suppliers into its business using its entrepreneurship programmes.

As part of the business combination between AB InBev and SABMiller at the end of 2016, the business made a commitment to invest R1-billion in South Africa over five years in three key pillars of Entrepreneurship, Agricultural and Societal Benefit. These areas have been identified as high impact in terms of job creation, transformation and empowerment.

The R1-billion Public Interest Commitments made by AB InBev and SAB are over and above the work that SAB already does in these focus areas. Of the R1-billion commitment, SAB has spent over R125-million or 63% on Entrepreneurship initiatives since the start of 2017.

In marking the completion of its 2nd year of delivering on its Public Interest Commitments made to the South African government, AB InBev and SAB today hosted a round table discussion on the importance of localisation and creating Black Industrialists in South Africa. The panel included representatives from the Department of Trade and Industry, the Department of Small Business Development, the Industrial Development Corporation, Proudly South Africa and local SAB suppliers.

“Our national government has recognised that South Africa’s economic growth and prosperity will be sustained by small businesses. The spirit of entrepreneurship has always been at the heart of SAB and continues to drive the company’s longstanding support of small business. Transforming society can be achieved effectively through job creation and localising our supply chain. We are achieving this in a sustainable manner by supporting and developing local entrepreneurs and businesses who are now part of our business,” said Bishen Morgan, Sustainability and Value Creation Director, SAB and AB InBev Africa.

“We believe small businesses are catalysts for real change in our society. As a big business we need to take the lead in supporting and nurturing those local smaller businesses who show potential to support our success, always aware that we too were once simply a start-up,” he concluded.

In South Africa, SAB has implemented proven entrepreneurship programmes, which support and develop local entrepreneurs. These entrepreneurs are in turn able to support the industry.

Its supplier development programmes are SAB Accelerator and the SAB Thrive Fund.

Together SAB KickStart and SAB Lerumo, have helped to create 204 jobs over the last 2 years, while SAB Accelerator and SAB Thrive Fund have supported 563 suppliers now servicing the business. 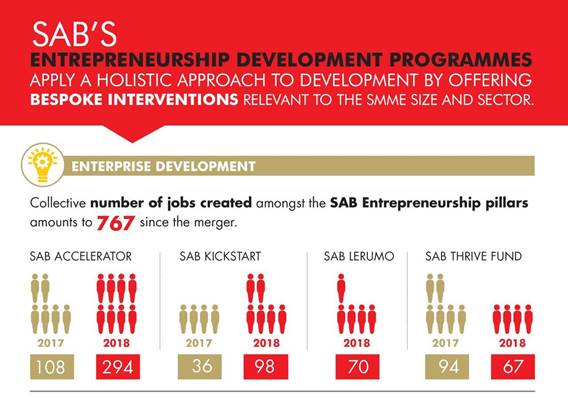 “Through our Public Interest Commitments, SAB’s Enterprise and Supplier Development programmes have contributed directly towards the realisation of government’s localisation goal,” said Morgan.

One of the success stories is Kevali Chemicals, a beneficiary of SAB Accelerator.

Kevali is a participant in the SAB Accelerator, AB InBev’s Supplier Development Programme, where they received sales and technical coaching from the SAB Accelerator. The technical development entailed improvements on gaps in their new production plant establishment and the required associated quality systems and manufacturing processes.

Tweet
More in this category: « Moody’s is expected to deliver its next review of South Africa’s rating in November. SAA, SA Express and Mango to be merged »
back to top