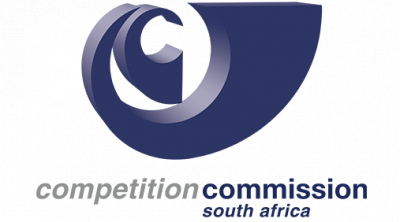 This is according to a consent agreement between the Competition Commission (the Commission) and Shoprite.

“In effect, this agreement stops Shoprite from excluding competition from smaller suppliers such as spaza shops, supermarkets, green grocers and butchers, who will now have better access to letting space in shopping centres where a Shoprite-owned store is located,” the Commission said on Tuesday.

Long-term exclusive lease agreements, entered into between property developers and supermarkets, include provisions that restrict the landlord from letting premises in the same shopping centre to potentially competing grocery retailers and specialty stores (exclusivity provisions).

The consent agreement follows the release of the Grocery Retail Market Inquiry (GRMI) report in November 2019, which found, among others, that long-term exclusive lease agreements were widely prevalent in the grocery retail sector and impeded competition in the sector.

“The GRMI report recommended that the Commission must secure voluntary compliance by national supermarket chains with its recommendations concerning long-term exclusive lease agreements,” the Commission said.

Following its participation in the work of the GRMI, Shoprite has resolved to agree with the Commission concerning its recommendations.

“The agreement immediately prohibits Shoprite stores located in non-urban areas (including townships and areas outside towns and cities) from enforcing exclusivity provisions against all other retailers.

“A list of more than 400 Shoprite stores in non-urban areas is included in the consent agreement. Shoprite stores located in urban areas will face the same restrictions, except that they will be permitted to phase out the enforcement of exclusivity provisions against other supermarket chains within five years,” the Commission said.

In terms of the consent agreement, nothing contained in it amounts to or should be taken as an admission of any facts, conduct, liability or wrongdoing on the part of Shoprite.

In relation to the Franchise Business (the supermarket franchise business conducted by Shoprite as franchisor, currently under the name and style of OK Foods), Shoprite will comply with the provisions as set out above where it holds the lease of or head lease to a franchisee’s supermarket.

Twitter
More in this category: « Top tactics for tackling debt. Business and society need to act in solidarity for inclusive growth. »
back to top