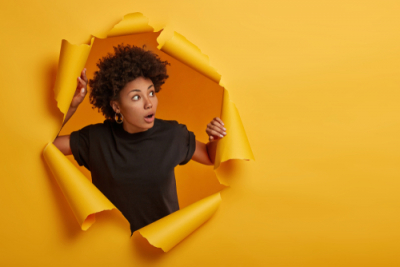 Debt counselling is an effective way of helping South Africans who are struggling with debt, but a lack of understanding about the process, misinformation and concerns about being stigmatised mean some consumers don’t seek help or leave it too late.

To address the problem the National Debt Counsellors’ Association (NDCA), which counts among its members most of the largest debt counselling companies in South Africa, is embarking on a campaign to better inform the public about debt counselling, challenge the misperceptions and create an understanding that if you’re in financial difficulty, getting help is the responsible thing to do.

“Many people who could have really benefited instead had to try and manage their financial situation themselves, potentially getting deeper into difficulty and ultimately risking their homes and cars being repossessed. All because they didn’t understand the process, heard some rumour or were too embarrassed to speak to a reputable debt counsellor.”

“By way of example the number of debt-clearance certificates just one of our members issued grew by 69% a year between 2015 and 2019 – almost a tenfold increase in four years. Last year it granted nearly 5 000 certificates to clients who had successfully completed the process.”

While in the past individual debt counsellors have done some financial education Sager says it is now time for a concerted industry effort.

“We face an unprecedented situation, where the Covid-19 lockdown has severely impacted an economy that was already in difficulty. The resultant contraction, job losses and salary cuts will mean that many more people will face financial stress and we need to be sure that they can make informed decisions based on facts, not hearsay or scare stories.”

On contacting a debt counsellor, consumers should be given a free debt assessment to determine their level of debt and whether debt counselling is a potential solution.

As part of the process the debt counsellor negotiates reduced monthly payments on all credit agreements that fall under the National Credit Act. This restructuring of debt is done within industry parameters and strikes the balance between the consumer’s ability to pay and their overall debt levels. It is not something that most people can easily or efficiently do on their own.

Once more affordable repayment rates are negotiated, the consumer’s rearranged debt is approved at a court or National Consumer Tribunal to ensure the renegotiated rates are fixed for the duration of the debt counselling.

All the relevant monthly fees are included in this single monthly amount, which is paid to an independent payment distribution agency, also regulated by the National Credit Regulator.

The debt counsellor’s client-service staff are available throughout the process to offer advice and support.

Debt counselling usually lasts for between three to five years, depending on the amount of debt, the arrangements the debt counsellor is able to negotiate with creditors and what the consumer can afford to repay each month.

Should the consumer’s financial circumstances improve they can increase the monthly payment or pay a lump sum to reduce the period or end the process. This is encouraged.

As well as a media awareness campaign, the NDCA is investing in a new consumer-focussed website where people can access easy-to-understand information about debt counselling, a step-by-step guide on what to expect if they decide to undertake the process and find answers to commonly asked questions.

An interactive social-media campaign will support this.

“As things evolve, we want to use the feedback to better focus on concerns or aspects of debt counselling people don’t fully understand. It’s as much about listening to what people want to know as it is providing information,” says Sager.

Twitter
More in this category: « Comair re-opens bookings ahead of December 1 take off. For your eyes only - POPIA essentials. »
back to top