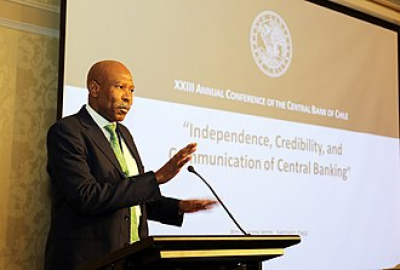 The South African Reserve Bank (SARB) has for the second consecutive cycle kept the repurchase rate unchanged at 3.5% per annum.

"In this highly uncertain environment, policy decisions will continue to be data dependent and sensitive to the balance of risks to the outlook," he said.

The MPC will seek to look through temporary price shocks and focus on second round effects.

He added that, as usual, the repo rate projection from the QPM remains a broad policy guide, changing from meeting to meeting in response to new data and risks.

Kganyago said the monetary policy has eased financial conditions and improved the resilience of households and firms to the economic implications of COVID-19 and continues to be accommodative.

"The bank has taken important steps to ensure adequate liquidity in domestic markets. Regulatory capital relief has also been provided, sustaining lending by financial institutions to households and firms," he said.