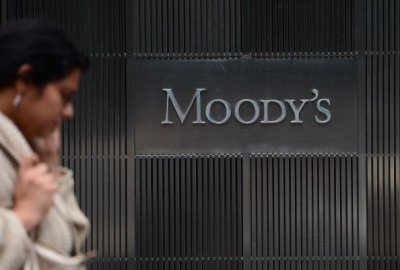 Fitch cut the nation's foreign- and local-currency ratings to BB-, three levels below investment grade, from BB, also with a negative outlook.

"The key driver behind the rating downgrade to Ba2 is the further expected weakening in South Africa’s fiscal strength over the medium term," Moody's said in a statement.

Fitch said in a separate release that "the pandemic has severely hit South Africa’s economic growth performance, and GDP is expected to remain below 2019 levels even in 2022."

The coronavirus pandemic exacerbated the deterioration of South Africa's government finances because it weighed on revenue collection, raised the cost of borrowing and pushed the economy into its longest recession in almost three decades.

Finance minister Tito Mboweni’s medium-term budget last month showed plans to pare the government salary bill, which has surged 51% since 2008, as part of an effort to start bringing the government debt trajectory down after 2026.

The proposed wage freeze risks a backlash from politically influential labor groups that are already in a legal battle with the government to honor an agreed pay deal.

If state salaries can’t be cut, there’s limited room for offsetting measures in other expenditure areas.

"A recovery is on the way as the lockdown was gradually eased during the third quarter and we expect GDP will contract by 7.3% in 2020," Fitch said.

South Africa's government debt affordability, measured as the portion of revenue needed to cover interest payments, will deteriorate to 25% in the medium term, according to Moody's.

S&P on Friday kept its assessment of South Africa’s foreign-currency debt three levels below investment grade, with a stable outlook.

Meanwhile South Africa's finance ministry said credit ratings downgrades by Moody's and Fitch would increase the country's borrowing costs and constrain its fiscal options. "The decision by Fitch and Moody's ... is a painful one," Mboweni, said in a statement.

There is an urgent need for government to implement structural economic reforms to avoid further harm to the country's sovereign rating, he said. Credit rating agencies Fitch and Moody's lowered South Africa's sovereign ratings deeper into junk territory late on Friday on rising debt and a likely further weakening in its fiscal position. S&P Global affirmed its rating.

With the COVID-19 pandemic worsening, South Africa's tax revenue is falling as the economy contracts, while spending to contain the spread of the virus and cushion its impact on the poor has increased. At last month's mid-term budget, the National Treasury forecast South Africa would record a budget deficit of over 15% of GDP in the fiscal year ending March 2021, the highest in post-apartheid history.

If the cost of borrowing for the government increases, it will either have to cut back on social spending or tax more, the National Treasury said, at a time when almost a third of the population is unemployed. "Continuous rating downgrades will translate to unaffordable debt costs, deteriorating asset values (such as retirement, other savings and property) and reduction in disposable income for many,"it said, referring to the impact on South Africans.