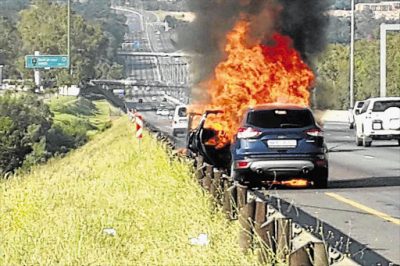 Ford Motor Company South Africa (Ford) has agreed to compensate 56 drivers of its Kuga SUV that caught fire due to a mechanical malfunction between 2014 and 2017, with R50 000.

The development was confirmed on Thursday by the National Consumer Commission (NCC) after reaching an agreement with the company. The gutting fires originated in the engine compartment.

In a March order, two options were made available to the consumers.

The first option affected consumers who had to submit a claim for the payment of the R50 000 (with or without a claim for loss of any movables) against Ford in terms of Section 61 of the CPA. Advocate Terry Motau SC was appointed to provide alternative dispute resolution services.

Alternatively, the consumers could choose to proceed to prove damages in court at the consumer’s own expense.

A total of 76 affected consumers were engaged during the mediation, said the NCC.

During this period, 53 claims were resolved, in which 47 consumers elected the first option one, that saw R2 509 179 paid, which includes additional compensation for loss of movables.

The NCC said three consumers elected the second option and may take their cases further through assistance of their attorneys.

Three more consumers’ claims, said the Commission, were rejected as they could not prove that their loss fell within the parameters of the settlement agreement.

Acting Commissioner at the NCC, Thezi Mabuza, extended her appreciation to the affected consumers for their cooperation and their patience during this process.

She also extended her thanks to the Ford representatives and mediator, Adv Motau SC, for his professionalism in painstakingly going through each matter and providing guidance as to the resolve.