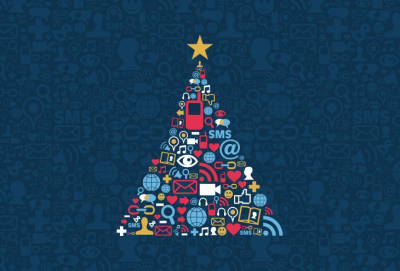 After an exceptionally difficult year, consumers may be tempted to reward themselves this Christmas. Resisting the urge to go overboard and spending sensibly could mean a better 2021, especially given that there’s still a lot of economic uncertainty.

Benay Sager, Chief Operating Officer at DebtBusters, South Africa’s leading and largest debt counsellor, says the number of consumers who are under financial distress usually peaks early in a year as consumers come face-to-face with the financial realities of the December holiday period.

Reasons for this include the consequences of the economic impact of Covid-19, such as one or more income earners in a household losing their income or having it reduced.

Many companies simply cannot pay thirteenth cheques or year-end bonuses, which means consumers will have no cushion to cover the extra Christmas and holiday expenses.

Some less obvious considerations include companies paying employees earlier in December, which means that - especially with no bonus - their basic salary has to last longer than usual until the next paycheque in late January.

People with children at school need to consider the first school term will start later than usual in 2021. This will add back-to-school expenses at the worst possible time because, by the end of January, many households will already be seriously financially stretched.

"Typically, consumers who find themselves in a pinch borrow money to see themselves through until they get paid. The problem is that the repayments for these loans can add additional long-term pressure on households which are already only just keeping their heads above water. One unexpected expense or emergency can then result in serious financial difficulty."

He says another response is to choose which debts to pay and which ones to skip. This too can have long-term implications as it negatively affects these consumers’ credit scores. This means they may not be able to borrow more money or the cost of borrowing will be higher as they are regarded as more of a risk.

Sager suggests that a first step towards not overspending during the festive season is to determine how much money your household will have until the next payday at end of January.

Then consider all the usual expenses such as bond repayments or rent, vehicle payment, insurance, food, petrol, rates, airtime and data and other regular costs. These should be fairly easy to work out by looking at bank statements going back a few months.

Also think about the essential once-off expenses that may occur before being paid in January. These might include school expenses (uniforms and shoes, stationary, bus fares) and household expenses such as car license renewals.

"After considering all of this, you should have a reasonable picture of what is left. Then you can think about how much to spend on Christmas presents and holiday entertainment. Admittedly it’s an unexciting way to think about the festive season, but one that should ensure you start the New Year on a sound financial footing," says Sager.

He urged consumers who do find themselves struggling over December or the New Year to seek help.

"South Africa has a world-class debt counselling sector, and DebtBusters is ready to assist over the festive period. Remember that if you are in financial trouble the earlier you seek help the greater the possibility of being able to solve the problem. It may take some time before you’re debt free, but generally the success rate is good for people who don’t wait too long."

Tweet
More in this category: « Be a sensible Santa and avoid a New Year financial hangover. Fitch upgrades FNB, Standard Bank, Nedbank, Absa and Investec. »
back to top