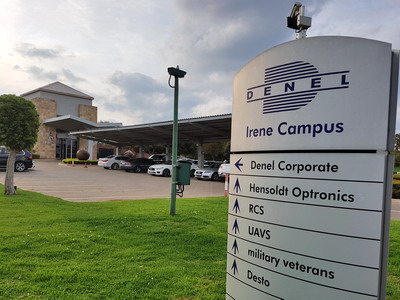 Denel has reported an operating loss of R1.9 billion and net loss of R1.75 billion for the year to March 31, with revenue dropping 36% over the last financial year.

It noted that revenue is at an all-time low due to low operational activity, liquidity constraints and difficulty paying suppliers and Export sales declined 19% due to the conclusion of a major contract in the Middle East.

Denel’s net loss was R1.749 billion, up from R1.053 billion in 2017/18. “The decline in our reputation has also had a draining impact on our financial position,” Group Chief Executive Danie du Toit said in a statement.

The R1.9 billion operating loss “was driven by the gross loss of R614 million driven by the contract losses and reduced sales leading to cost under recoveries. The loss further includes the provision for the exit from the DAe [Denel Aeronautics] Airbus contract. As at 31 March 2019, the negotiations were at an advanced stage and as such it was probable that the exit will occur.”

Monhla Hlahla, Chair of the Board of Denel, said in the annual report that Denel’s turnaround has continued at a steady pace since the appointment of the Board in May 2018. “However, progress has not been at the level we’d have desired. It is the Board’s view that Denel’s liquidity challenges began several years before as a result of several factors including: poor inventory and cash management, unprofitable sales and loss making contracts, higher costs with declining revenues, dependency on one large and complex contract which did not proceed as planned, lack of financial discipline, poor governance, mismanagement, overzealous and expensive acquisitions, and general corruption as we are seeing in the case of State Capture (Denel Asia and VR Laser Group) currently before the Zondo Commission.

Tweet
More in this category: « A plan for fixing Eskom is still a work in progress. Winners Announced: SAB Foundation Social Innovation & Disability Empowerment Awards. »
back to top