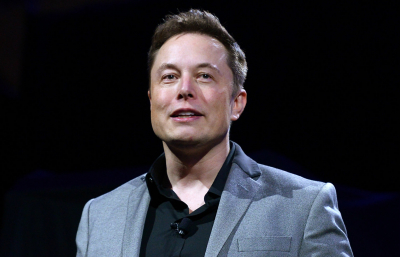 The climbing share price has boosted Musk past Amazon founder Jeff Bezos on the Bloomberg Billionaires Index, a ranking of the world’s 500 wealthiest people.  Musk is now worth $194.8 billion, or $9.5 billion more than Bezos.

Born in South Africa to an engineer father and nutritionist mother, Musk left home at 17 for college in Canada, in part to avoid serving in the apartheid-era South African army.

After graduating from the University of Pennsylvania with degrees in physics and economics, he enrolled at Stanford University but dropped out to create an online publishing platform called Zip2 in 1995. He sold it four years later for more than $300 million.

Musk reinvested some of the proceeds to start X.com, an online payment system. He would merge that with what eventually became PayPal, the e-commerce site that was ultimately sold to eBay for $1.5 billion in 2002.

He subsequently founded eclectic car company Tesla, rocket company SpaceX, and SolarCity – which is now the biggest provider of solar power systems in the US.

The group defines HNWIs as those with a net worth of $1 million or more.

Its latest wealth report shows that largest portion of the country’s HNWIs acquired their wealth through the financial and professional services (including banks, law firms, accountants, fund managers and wealth managers), closely followed by the real estate sector.

However, the data shows that these HNWIs typically studied either law, finance or accounting degrees when at university.

Twitter
More in this category: « Petrol price increase confirmed from Wednesday. South Africa's growth expected to rebound to 3.3% in 2021 - World Bank. »
back to top