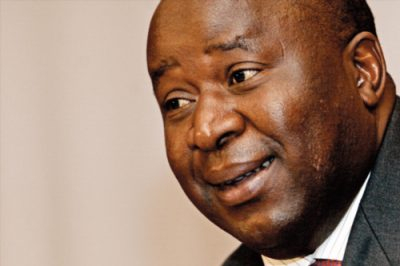 Local headlines have made for sombre reading over the last week, and early indications are that things are likely to get worse before they get better.

In a research note published on Monday (18 January), Stellenbosch University’s Bureau for Economic Research (BER) pointed to the country’s Covid-19 numbers, which reached a weekly record in the first week of Janaury, as an initial concern.

"Subsequent daily releases of Covid-19 statistics suggest the picture has worsened since, with a record high of more than 800 deaths due to Covid-related complications recorded on Thursday (14 January) alone.

"Daily new infections have come down in recent days, but remain very high."

The analysts said that the picture for Q1 2021 is also more muted after stage 2 load shedding was implemented from Tuesday as 14,748 MW of generation capacity was unavailable due to unplanned maintenance, breakdowns and outages delays.

This was in addition to 5,385 MW being unavailable due to planned maintenance and in total amounts to over 40% of Eskom’s installed generation capacity.

Over the weekend, Eskom also said that positive Covid-19 cases among employees were negatively affecting their operations and that of suppliers.

"Looking further ahead, it is very concerning that Eskom’s forecast of demand and supply dynamics suggests that there is a risk of load-shedding every week for the next three months," the BER said.

Despite restrictions continuing to weigh heavily on the hospitality and liquor industries, in particular, no mention has been made on additional (income) support for affected workers or businesses, the BER said.

"However, later in the week encouraging reports emerged that business and labour are in negotiations with the government to extend the UIF/Ters scheme which ended in October.

"While Ramaphosa confirmed on Friday that government itself has no room to provide further fiscal support, it is estimated that the UIF has – if carefully managed – enough assets to allow for a further extension.

"This is especially so because the group of people affected by current restrictions is much smaller than before, but a particularly vulnerable group as their sectors have taken the strain from lockdown regulations for most of 2020. "

This means that the announcement by SA Breweries (SAB) that it would cancel another R2.5 billion of 2021 capital expenditure should not come as a surprise, the BER said.

SAB had placed the investment under review pending "greater policy and regulatory certainty" which did not materialise amid a third outright alcohol ban and now warns it may have to consider even more "difficult measures".

The BER said that there is still little clarity on South Africa’s actual vaccine strategy, including whether it refers to inoculations requiring one or two shots to be effective.

However, it said that there are reports that  Treasury has agreed on an expedited payment process with the health department to buy more vaccines within a month, which is encouraging.

"Other tentative positive news is that, pending regulatory approval, the first batch of vaccines acquired from the Covax pool (in total set to cover 10% of South Africa’s population) will arrive in February already."

Initial data from Israel, which has now provided a single vaccine dose to about 1 in 4 people, already shows promising signs of a slowdown in the rate of transmission and underscores how important it is to start the process as quickly as possible.

In the US, the percentage of people vaccinated remains lower (just below 4%) due to the large population, but their 7-day rolling average of daily vaccinations is now the highest in the world at close to 800,000 doses per day.