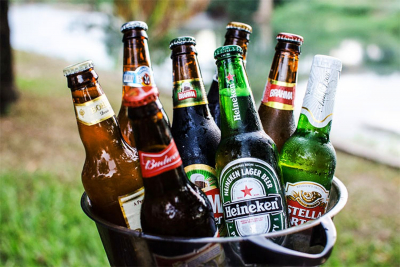 Heineken SA, owner of beer brands Amstel and Windhoek, has become the first major company to cut jobs as a result of SA’s third alcohol sales ban, which has stopped trade since late December.

Europe’s biggest brewer, which is among SA’s main investors, said it plans to reduce its domestic workforce by about 7%, or 70 positions out of 1,000 employees.

Heineken said in a statement that the alcohol ban means several companies besides Heineken have been forced to adapt to an unfamiliar market in which their sales are deeply compromised.

"The COVID-19 pandemic has had a material impact on many businesses and markets around the world. This has been particularly devastating for the alcohol industry in South Africa, which has been unable to trade for almost 14 weeks in 2020 and is currently facing a new alcohol sales ban in 2021, said Heineken.

"Based on a global review by the Heineken Company of its organization, and in light of the continued market pressure in South Africa, we now deem it necessary to restructure our operations in South Africa to build a high performing business suited to the to come up. the significant impact of the COVID-19 pandemic on our business over the past year."

Heineken added that it will provide the necessary support to all affected employees and follow all mandatory downsizing processes. Affected employees will be supported by the company’s employee wellness program, "in addition to being prioritized for available internal vacancies."

According to the Beer Association of South Africa, the previous two alcohol bans saw over 7,000 jobs being lost.

Over R14-billion was lost in sales revenue and 30 percent of breweries were forced to shut their doors.