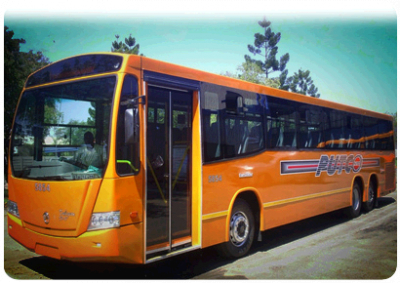 Bus company Putco is set to retrench 214 staff members as a result of financial distress.

"I think the rationale around the whole things is purely due to the pandemic itself, Covid-19, which had an impact on our passenger levels and it ended up affecting and impacting on revenue.

"As a company we need to align our expenditure with reduced income and unfortunately it means we need to look at the staffing level because it’s creating a serious impact when we look our revenue."

The jobs on the chopping board include operations and technical positions.

Anozie adds that government hasn’t come to the party to try assist the sector.

"We have been engaging with the two spheres of government together with the Southern African Bus Operators Association since March 2020 to request financial relief. We are mindful of the sluggish economy and the impact on the fiscus, however we are not asking for new money; instead we are requesting that part of the Public Transport Operations Grant allocation, should be utilised for emergency relief to protect public transport.

"Despite numerous consultations, no relief has been granted to date. This has regrettably led to the retrenchment of more than 200 Putco employees, affecting livelihoods in a country that has massive unemployment."

The news of retrenchments at Putco come a day after Greyhound and Citiliner also announced they were closing shop this month.