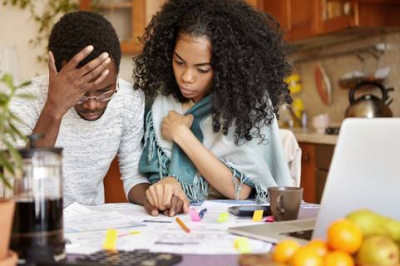 This is one of the findings from a quarterly analysis of applications to the country’s largest debt counsellor. DebtBusters’ Q4 2020 Debt Index, was published today as part of its National Debt Awareness Month campaign, aimed to better inform consumers about managing debt. This year’s theme is:  Get help if you’re not coping with debt – it’s the responsible thing to do.

The Q4 Debt Index found that real incomes shrunk across all income bands, in some cases by up to 20% compared to 2016 levels.

To some extent, this reduction was temporarily balanced by payment holidays and interest rate cuts. While the combination of these two factors provided relief by reducing the repayments on homes and cars, interest rates for unsecured debt were still around 21%. Since most South African consumers have unsecured debt, they were faced with a debt burden when payments recommenced.

Other findings from the Q4 2020 Debt Index are:

Head of DebtBusters, Benay Sager, says the impact of the lockdowns aimed at preventing the spread of Covid-19 has resulted in households which were just making ends meet now struggling to pay their bills.

"Lower interest rates and payment holidays may have provided some short-term relief, but the economic slowdown, business closures, redundancies, salary cuts, reduced or no year-end bonuses and the steady erosion of real net income considerably outweighs this."

In 2021, enquiries to DebtBusters about getting assistance with debt are up by 40% compared to the same period last year.

"While this illustrates how difficult circumstances have become for many South African households, it’s positive that a lot more people are seeking help. That’s one of the things that National Debt Awareness Month is trying to achieve."

He says that South Africa has an effective, well-regulated, world-class debt counselling sector and points to the 40% per annum increase over the past four years of people successfully completing the process. In January this year DebtBusters alone provided clearance certificates to clients who had a combined R142 million worth of debt when they started debt counselling.

Sager says that another positive trend is that more men are becoming pro-active about their debt. Fifty-five percent of new applicants in Q4 2020 were male.

"In a society where men often avoid talking about debt, are too embarrassed to ask for help or fear being stigmatised, this is good news. After all, if you’re struggling with debt, getting help is the responsible thing to do."

Twitter
More in this category: « Putco confirms over 200 job cuts due financial distress. Process to appoint Public Investment Corporation board underway. »
back to top