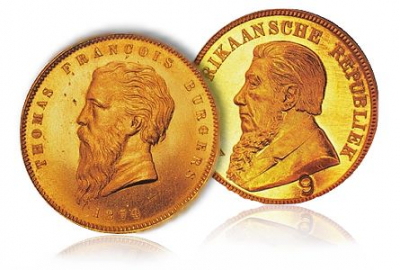 For all of South Africa’s economic struggles, the rand looks set to mark its 60th birthday holding fast as the weather vane of emerging-market confidence.

The currency — once a global pariah — punches above its weight. The latest Bank of International Settlements global foreign-exchange report, released in April 2019, placed the rand as the 18th most-traded currency in the world, up from 20th in 2016. Daily total turnover for the currency, including spot, forwards, swaps and options, was $72 billion.

"South Africa is one of the successful transformational stories within emerging markets," said Sergey Dergachev, senior portfolio manager for emerging market debt at Union Investment in Frankfurt. The perceived stability of the central bank and economic policies have underpinned its attractiveness as a proxy, he said.

Born on Feb. 14, 1961, the rand was anything but a lovechild. Following decades of fighting the British, white Afrikaner nationalists voted in a referendum to form a republic, which happened in May 1961. The currency became the legal tender as a dual exchange system — a symbol of Afrikaner nationalism — replacing the pound sterling.

Racial segregation policies sparked boycotts and sanctions from the international community during the country’s first three decades, putting pressure on the economy and necessitating a level of control over both the financial and commercial rand. The financial variant acted as a shock absorber for the commercial rand and traded at a significant discount of between 15% and 55% over the thirty years the mechanism was in place.

Political change came when Nelson Mandela was released from prison in 1990 and led the African National Congress to victory in the country’s first democratic elections in 1994. This allowed South Africa to slowly integrate back into world financial systems. For a period of eleven months after the abolition of the dual exchange rate system on March 10,1995, the unified rand was stable at around 3.60 per U.S. dollar.

Tweet
More in this category: « Talking money with your honey. Here is the expected petrol price for March. »
back to top