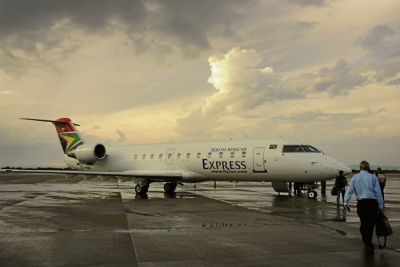 Government has identified three equity partners for South African Airways (SAA) and will make a decision on which one to pick in the next month or so, says Public Enterprises minister Pravin Gordhan.

In an interview with Bloomberg, Gordhan said that the interim SAA board is engaging with the candidates before the government makes its recommendation.

South Africa’s search for a partner comes at a time when the aviation industry is mired in the biggest crisis in its history, having been laid low by the Covid-19 pandemic.

One of the partners which has previously mooted is Ethiopian Airlines which has been in active discussions with the South African government about a deal.

In October 2020, Ethiopian Airlines said that it was willing to provide "planes, pilots and maintenance services" to ailing SAA as part of a joint venture. However, it said that it was hesitant about taking on SAA’s debt.

Last week Ethiopian Airlines chief executive Tewolde Gebremariam expressed frustration with the slow pace of discussions, indicating that talks with South Africa’s government "have been a challenge so far".

The Department of Public Enterprises has said that South African Airways (SAA) could exit administration at the end of March on the back of fresh funding and a possible equity partner.

In a presentation to parliament on 3 February, the department said that the signing of the recent Appropriations Act will allow the remainder of a R10.5 billion bailout to flow to the company.

The Department said that a plan for SAA to resume operations had not yet been agreed.

SAA has been unprofitable for almost a decade, surviving on state bailouts and government debt guarantees, and was placed under administration a year ago.

The carrier has been lying dormant since March 2020, when the fleet was grounded due to travel bans to contain the coronavirus.

In October, Finance minister Tito Mboweni agreed to fund a revival plan that includes firing almost 80% of SAA’s workforce. The revival plan was calculated by the administrators to cost about R10.5 billion.

Tweet
More in this category: « Pay more now, to save more later - how a deposit can improve your chances of buying your dream home. Nestlé’s first vegan KitKat is coming soon. »
back to top