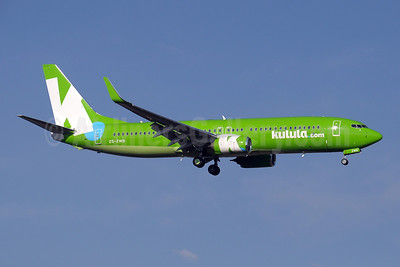 The group will service its Durban and Cape Town routes with a limited schedule, adding additional frequencies over the next couple of months.

Customers are now able to book flights from Lanseria via various distribution channels at market related fares, it said.

The opening of Lanseria routes follows other national flights at major airports resuming in December. This came after a months-long delay caused by the coronavirus lockdown and a business rescue process which impacted Kulula’s parent group Comair.

The plans are part of a seven-month ramp-up period lasting until June 2021.

International travel is restricted to the following airports:

Long -haul flight departures and landings at the airports listed in paragraph are permitted during the hours of curfew.

All international travellers arriving at the airports listed must provide a valid certificate of a negative Covid-19 test, recognised by the World Health Organisation.

Even though international travel is permitted, several countries and airlines are still blocking travel to and from the country over fears of the Covid-19 variant first discovered here.

Emirates and the UAE have imposed some form of travel restrictions on South Africa – with a flight suspension that will remain in effect until 10 March.

The US and a number of countries in Europe have placed a ban on travel to and from South Africa, with limited exceptions for some workers and returning citizens.

KLM Royal Dutch airlines imposed a ban on travellers from South Africa since 23 January – but normal flights will resume from Tuesday (23 February).