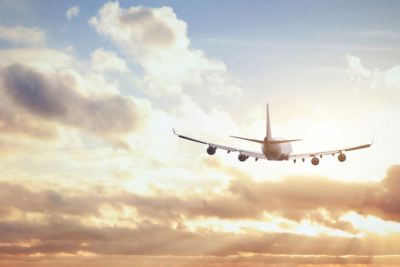 UAE-based airline Emirates has announced that flights from South Africa will remain suspended until 20 March 2021.

This is in line with government directives that restrict the entry of travellers originating from South Africa into the UAE, the airline said in a notice published on its website.

Emirates said that daily passenger flights to Johannesburg will resume from 11 March as initially planned– however, outbound flights will remain suspended.

"Emirates remains committed to serving our customers in South Africa, and we look forward to resuming passenger services when conditions allow," it said.

"We continue to work closely with all relevant authorities in this regard, and will endeavour to provide our customers with needed support to adjust their travel plans."

A number of countries have also indicated that travellers from South Africa will be barred from entering – a sign that the country could be facing reputational damage as a result of the 501Y.V2 variant of Covid-19, which has been referred to as the "South African variant" abroad.

The 501Y.V2 variant has unfairly led to South Africa being targeted as a destination for tourists to avoid, local tourism authorities have said.

While the variant was first discovered and reported by scientists in South Africa, it has also been found to be spreading in 48 other countries. However, by calling it the "South African variant", a global impression has been given that South Africa is the source of the spread, when this is not the case.

Last week, the Seychelles said that it would reopen for tourists around the world at the end of March – with the explicit exclusion of  South Africa, over fears it could harm the island nation’s ability to attract European tourists.

In February, the United Kingdom named South Africa on a list of 33 countries that will have to undergo compulsory hotel quarantine before entering the country.

South Africa has also been flagged as a risk by a number of other European countries including Belgium, France, Germany, and Switzerland.

A United States presidential proclamation published at the end of January blocked entry for individuals who were physically present in South Africa for a 14-day period prior to entry.

Twitter
More in this category: « Only Motsepe climbed the global wealth rankings – and he’s now the third richest man in the country. SA's GDP per capita has shrunk to levels last seen in 2005. »
back to top