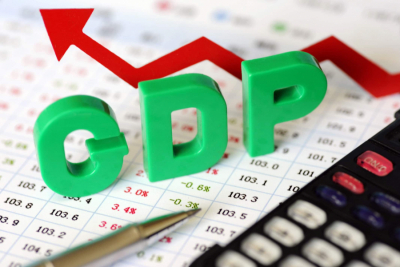 On Tuesday (9 March), the statistics body published its GDP numbers for the fourth quarter of 2020, showing that South Africa’s economy is projected to have declined by 7% for the full-year 2020.

While this decline was largely expected given the Covid-19 lockdown which impacted the country for most of the year, it points to another problem that has been plaguing the country for a number of years – slowing GDP growth per capita.

GDP per capita is a measure of a country’s economic output, accounting for the number of people who live there. It is often used a more accurate representation of real economic growth in a country, as a higher population should yield a greater GDP output.

However, while South Africa may have largely avoided headline GDP decline over the years of economic hardship – prior to the pandemic – on a per capita basis, citizens have been getting poorer.

"Adjusting for inflation, Stats SA’s data shows that GDP per capita peaked in 2014 in South Africa and has since been declining.

"This means that economic growth has been struggling to keep up with population growth, as GDP per capita decreased in 2020 to a level last seen in 2005," Stats SA said.

Analysts believe that GDP per capita will continue to decline in the medium term as the population continues to grow while GDP contracts, meaning South Africans will on average become poorer over the next few years.

A 2020 PwC calculation of different scenarios, suggest it could take between two and five years for GDP and employment to return to pre-lockdown levels.

South Africa’s real GDP growth for the fourth quarter was up 1.5% on a seasonally-adjusted basis. Year-on-year, there was a decline of 4.1%, Stats SA said.

On a seasonally-adjusted, annualised basis, growth was recorded at 6.3%, which was higher than predicted by economists and analysts, who projected Q4 growth between 5% and 5.5%.

For 2020 as a whole, projections of an annual contraction in GDP of 7% were on the mark.