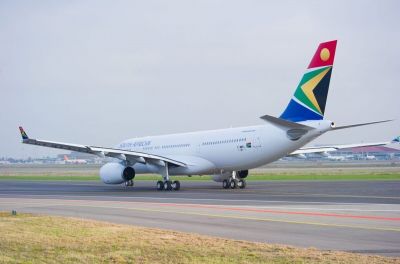 South African Airways (SAA) administrators are preparing to wrap up work on the dormant state airline after more than 15 months, yet questions over its future viability remain as the Covid-19 crisis depresses demand.

SAA is close to being "both solvent and liquid," with remaining issues including outstanding employee payments and the appointment of a receiver to take over financial management likely to be resolved this month, a team of business-rescue experts led by Siviwe Dongwana said in an update.

While the carrier has cut almost 80% of its workforce and reduced liabilities to R2.6 billion ($177 million) from R38 billion after deals with creditors and lessors, there’s no indication of an imminent return to flying.

Global air traffic is expected to remain depressed for years, and even relatively strong airlines remain dependent on governments and shareholders for help.

SAA has been struggling for years, with the latest administration process initiated in 2019, months before the pandemic struck, in a bid to end the steady stream of state bailouts that had kept it afloat.

Flights ceased in March amid global lockdowns, and though administrators said management is working on the restart plan, no date for a return has been set.
Future Funding

With the pandemic continuing to depress demand, future funding for the airline will be the thorniest issue. Finance Minister Tito Mboweni agreed to free up R10.5 billion in October but remains a strong opponent of SAA being a burden on stretched national finances.

The challenge will be in funding the airline over the next four to five years, as it will still be making losses during this time," said independent aviation analyst Linden Burns. "It is still going to need state support."

The government wants to find a private-sector partner for SAA, but with almost every carrier around the world in crisis, options are likely to be severely limited. Public Enterprises Minister Pravin Gordhan said last month that three potential candidates had been identified.

Ethiopian Airlines Group has expressed interest in the past, though as an operational rather financial ally.

The administration process has taken place against a backdrop of legal actions. Some, including claims from domestic rivals Comair Ltd. and Airlink, have been resolved. A dispute with pilots is ongoing, as is SAA’s own litigation against Namibian staff it says stole close to $1 million in a baggage-claim fraud.