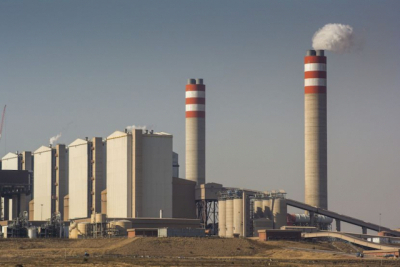 Eskom has confirmed that it is involved in a contractual dispute with the South African arm of Oracle Corporation, which is contracted to provide a number of technical services to Eskom. Oracle first claimed it had been underpaid by an amount of approximately R7.3 billion, which underpayment is disputed by Eskom.

The amount claimed by Oracle was reduced to just under R400 million. Eskom said in a statement that the amount due to Oracle is approximately R166 million in total.

However Eskom offered to settle the R166 million, and proposed a verification and court process in order to legally and sustainably resolve the dispute. When Oracle rejected this approach, threatening to terminate its services to Eskom, Eskom approached the high court to compel Oracle in essence to continue providing the technical support services for the duration of the agreement until April 2022, the power utility said.

Last week the court dismissed the application and Eskom has since launched an intention for leave to appeal.

Oracle withdrawing its services could reportedly plunge the whole country into darkness.

Eskom also took exception with Oracle’s conduct, saying it would not be "bullied".

Eskom have assessed the risks in the event of Oracle withdrawing technical services support. Eskom has interim risk mitigating processes in place to reduce the risk of its operations being disrupted, the statement read.

The power utility said it regrettable the manner in which Oracle has handled the matter, and would like to assure the people of South Africa that as an entity dealing with public funds, Eskom will pursue all legal avenues and will not be bullied into paying any monies outside of the legal processes.

Other operations include Maximo, which is the maintenance tool used for asset management and power outages, logging of faults and control of electricity grids, which allows areas to be switched off.

Twitter
More in this category: « Department of Energy publish the official petrol price for April. Mining magnate Patrice Motsepe doubled his wealth over lockdown. »
back to top