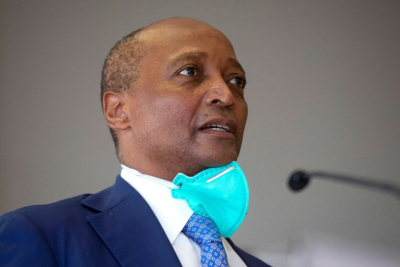 South Africa’s super wealthy individuals have recovered the losses suffered during the Covid-19 pandemic – with many finding themselves in a stronger position prior to the virus.

Forbes has published its annual Billionaires List for 2021, tracking the wealth of the world’s richest people over the last year, including five from South Africa.

The 2021 list marks the return to dollar billionaire status for Capitec co-founder, Michiel le Roux, who dropped off the ranking following the global market crash in April 2020 as a result of the Covid-19 pandemic.

Last year, the four South African billionaires who made the cut for the ranking lost $2 billion, collectively, amid the pandemic. A year later however, and theses ultra wealthy individuals have added $3.6 billion to their combined net worth (+$5.6 billion, year on year).

Diamond magnate Nicky Oppenheimer still ranks as the richest man in the country, with a net worth of $8.0 billion – up from $7.4 billion recorded in 2020, and also higher than the pre-Covid level of $7.6 billion.

This is followed by Johann Rupert at $7.1 billion. In nominal terms, Rupert saw the biggest jump in his wealth, adding $2.5 billion from $4.6 billion in 2020. However, he also saw the biggest initial loss (-$1 billion) from the pandemic. His wealth before the Covid-19 pandemic was $5.6 billion.

Rupert is followed by Koos Bekker and Patrice Motsepe, who both have a net worth of around $3 billion.

Despite being ranked as the fourth richest man in the country – only marginally below Bekker in Forbes’ count – Motsepe saw the largest growth to his wealth over the last year, with his net worth more than doubling (+107%) to $2.9 billion, from $1.4 billion in 2020.

South Africa’s billionaires followed a global trend in seeing their wealth grow over what was an unprecedented year.

Forbes noted that there were 660 more dollar billionaires in its 2021 tally than in the year before, with the total hitting 2,755. Of these, 493 ware new to the list, and 250 who had dropped off as a result of the initial Covid crash, made their return.

Jeff Bezos was ranked as the world’s richest man for the fourth year running, worth $177 billion, while South African-born Elon Musk shot to the number two spot with $151 billion, as Tesla and Amazon shares surged.

Combined, the billionaires are worth a collective $13.1 trillion, up from $8 trillion in 2020 – a staggering increase of $5.1 trillion.

Twitter
More in this category: « Eskom put contingency measures to reduce related risk of its reliance on Oracle. Pick n Pay says alcohol and tobacco bans cost it R4 billion in sales. »
back to top