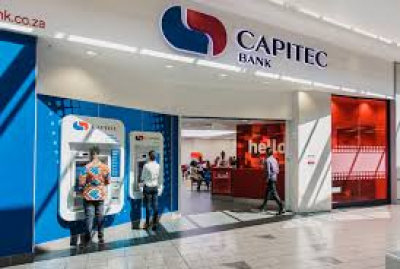 Capitec bank has declared an annual dividend of 1,600 cents ($1.10) per share on Tuesday, when it also reported a 27% decline in full-year profit.

Capitec had already flagged in March that its profits for the year could drop by up to 29% as a result of the coronavirus crisis, which has hit banks by prompting a sharp increase in bad debt charges, interest rate cuts and less fee income from transactional activity.

The bank was the last of South Africa’s major lenders to clarify its dividend position after the central bank relaxed guidance against them. Analysts had expected it would pay out.

It said it had made its decision after considering the adequacy of its forecast capital and profitability levels. The company declared a dividend of 755 cents per share a year earlier.

Capitec is often thought to be more exposed to economic downturns than its peers because of a historic focus on lower-income consumers and unsecured lending, which relies solely on their promise to repay.

However, it suffered one of the lowest annual profit declines reported among its main rivals in recent months.

Its headline earnings per share - the main profit measure in South Africa - stood at 3,966 cents for the year to Feb. 28, compared with 5,428 cents a year earlier and in the middle of its forecast range.

That included a 7.36 billion rand ($504.41 million) charge for bad debts, and a 1 million rand loss at its business bank, which it acquired in 2019 but had until December held as a subsidiary within its group rather than a unit within the bank.

Meanwhile Absa said in a letter that the unit trust fund, which has been operating since 1997, would be wound up in terms of Section 102 of the Collective Investment Schemes Control Act and closed on 6 July.

While giving no reason for why it opted to close the fund, Absa hinted in its letter that some of its investors might have been using it as a bank account, which it was not meant to be used for.

Twitter
More in this category: « Should you buy a car? - Costs and factors to consider. EOH publish unaudited interim results for six months ended 31 January 2021. »
back to top