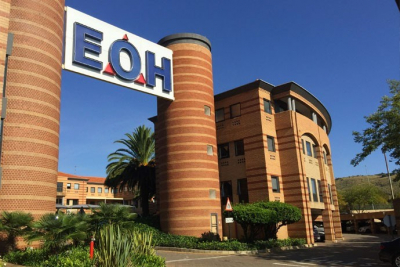 Technology services company EOH on Wednesday (14 April) published its unaudited results for the six months ended January 2021, showing an operating profit of R59 million, up from a prior R915 million loss.

Revenue, however, declined 29% to R4.376 billion from R6.194 billion before. EOH chief executive officer, Stephen van Coller said that the decline is a result of the strategic disposal of non-core assets and exit of under-performing businesses.

He said after this disposal EOH is a more sustainable business delivering better quality earnings. "We have seen a significant reduction in one-off costs and are confident that our legacy issues are now under control," said Van Coller.

While the local and global economy remains constrained – with a negative impact on EOH’s clients – the chief executive pointed to some green shoots.

"We have seen increased cloud uptake and spend on automation and application development in line with global trends," he said.

Van Coller said their focus in the coming months will be on "deleveraging, enhancing margins, and remaining antifragile".

EOH is trying to move on from legacy contracting issues after an investigation at the JSE-listed IT services group revealed instances of corruption and wrongdoing in the awarding or execution of contracts.

The investigation found R1.2 billion worth of dodgy transactions at the company, mostly involving transactions within the public sector contracts.