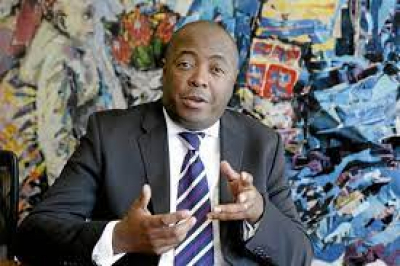 The African Bank Group has announced the appointment of Kennedy Bungane as chief executive officer, and as an executive director of the bank and holding company African Bank Holdings Limited.

His appointment, effective 14 April 2021, follows approval from the Prudential Authority, it said.

"Kennedy brings over 20 years of banking experience with him having started his career at Standard Bank in 1991 and earning his banking and leadership stripes through holding a number of positions in the various departments within the bank, including head of Global Markets Sales, head of Institutional and Corporate Banking and chief executive of Corporate and Investment Banking for South Africa," the group said.

Bungane said he was honoured to have been selected.

"African Bank offers an opportunity to join a dynamic and enthusiastic team of colleagues in building the bank into a fully-fledged platform of personalised financial services and solutions to our customers, "he said.

"I believe I can play a meaningful role in the ongoing growth and transformation of the bank and continue to position it as a significant competitor within the South African financial services landscape."

Twitter
More in this category: « EOH publish unaudited interim results for six months ended 31 January 2021. Central Energy Fund points to yet another petrol price hike in May. »
back to top