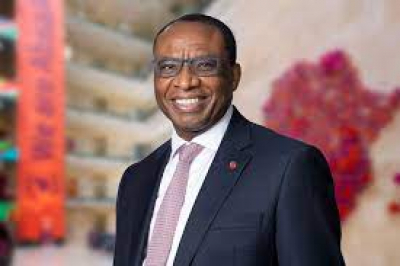 Banking group Absa says it is in discussions with its chief executive Daniel Mminele on a ‘suitable separation arrangement’ as he steps away from the group.

The bank’s announcement follows a report from BusinessDay on Tuesday that Mminele is set to step down due to disagreements over the strategic direction of the company.

According to the publication, citing people familiar with the matter, Mminele has had differences with members of his executive team over the strategic direction of the company.

"Shareholders are advised that the boards of directors of Absa Group and Absa Bank and their group chief executive, Daniel Mminele, have been engaged in various discussions surrounding his working relationship with the boards."

Mminele and the boards are working on a suitable separation arrangement and a further announcement will be published shortly after midday," Absa said in a brief statement.

He is leaving the position 15 months into the role, having been appointed by the bank in January 2020, following the retirement of Maria Ramos in 2019.

Mminele spent more than 20 years at the South African Reserve Bank (SARB), where he rose through the ranks to be a Deputy Governor and a member of key committees such as the Monetary Policy Committee and Financial Stability Committee. His other main responsibilities at the SARB included financial markets and international economic relations and policy.