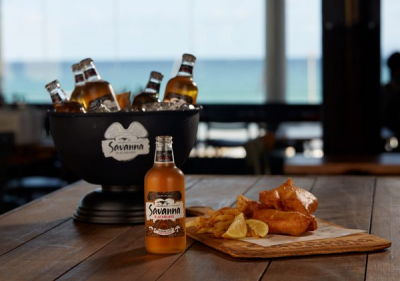 The Distell Group has published a voluntary performance update for the nine months ended 31 March 2021, detailing how South Africa’s alcohol bans have impacted its operations.

In a shareholder statement, Distell’s management said it elected to issue a performance update to provide provisional guidance to shareholders in light of the unpredictable nature of trading conditions over the past year.

"South Africa, our largest market by revenue, has seen the government imposing restrictions on the trading of alcoholic beverages, reducing the trading period by 132 trading days (36%) in the current period versus four days in the corresponding period (28 – 31 March 2020)."

"Other markets in African and international countries, which we operate in and export to, experienced restrictions at different times with the global travel retail (GTR) market closing earlier as a result of travel restrictions, and African markets being effected later as a result of South African export closures and their own lockdown restrictions."

Despite these harsh restrictions, Distell said that group revenue and volumes are tracking 8.1% and 6% respectively ahead of the corresponding nine months ended 31 March 2020.

"In South Africa, although 132 trading days were lost due to various bans on the sale of alcohol during the current period, the business has been able to recover well to mid-single digit revenue and volume improvement

Category performance continued to be driven by spirits and ready-to-drink brands, continuing with previous market share gains, it said.

Alongside a resilient South African business, Distell said its businesses in both African and international markets are performing well by capitalising on previous investments and focused execution of its strategy.

"Whilst overall performance and cash generation are ahead of expectations, the group remains cautious for the remaining three months’ of trading for its full financial year, given the uncertainty of future alcohol bans in South Africa.

"This uncertainty created by unpredictable bans on the sale of alcohol inhibits the group’s ability to give accurate profit guidance for the remainder of the year with a reasonable degree of certainty.

More in this category: « Money mentoring boosts debt awareness – Survey. Clicks talks up expansion plans and gear up for jabs rollout. »
back to top