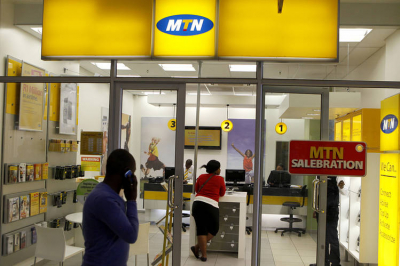 MTN and a consortium led by Vodafone have bid for telecommunications licenses in Ethiopia, as wireless service providers look to tap the last remaining large market in the world.

Ethiopia will take a few days to review the technical offer and then open the financial bids, said Brook Taye, an adviser in the Finance Ministry.

Earlier on Monday, Kenya’s largest telecommunications provider Safaricom said it was bidding for one license jointly with Vodafone and the UK carrier’s South African unit Vodacom. Others in the consortium include CDC Group and Sumitomo it said in a notice.

Ethiopia, Africa’s most populated nation after Nigeria, is poised to expand 8.7% next year, according to the International Monetary Fund, making it the fastest-growing economy on the continent.

"We always wanted quality providers and this is what we have received,” Brook said on phone. “These are two African giants – the Safaricom-led consortium and MTN – either one or two of the operators will get a license in Ethiopia."

International telecommunications operators have long coveted a foothold in Ethiopia, which has a population of more than 110 million and with only 50.7 million subscribers, is seen as one of the world’s last major untapped markets.

The government is looking to award two full-service telecommunication licenses as part of its plan to attract more foreign investment to its economy. Orange SA and Emirates Telecommunications Group are among the 12 players who had shown initial interest.

More in this category: « Mango airline faces grounding this week as it’s hit by financial crisis. Mango Airlines apologises to customers after flight delays. »
back to top