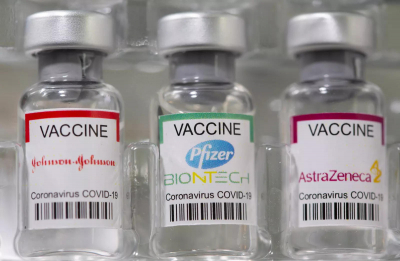 The National Institute for Communicable Diseases (NICD),reports 13 652 new COVID-19 cases that have been identified in South Africa, which brings the total number of laboratory-confirmed cases to 2 511 178. This increase represents a 21.7% positivity rate.

NICD said a further 479 COVID-19 related deaths have been reported, bringing total fatalities to 74 352 to date.

Meanwhile acting Minister in the Presidency, Khumbudzo Ntshavheni, says Cabinet is pleased with the country’s vaccination rollout programme, which is seeing one million people inoculated every three days in both the public and private health sectors.

Ntshavheni was updating the nation on Thursday on decisions of the Cabinet meeting held yesterday.

To date, the Minister said over eight million South Africans have been vaccinated.

"At the current pace, the President should soon announce a revised target date for the country to reach population immunity, "she said, emphasising that "vaccination remains the country’s most effective weapon in the fight against the COVID-19 pandemic".

"People can now go to any vaccination site with their identity documents, even without an appointment, to be registered and vaccinated."

The Executive welcomed the donation of 5.6 million Pfizer shots by the United States, with the first batch having landed on Saturday.

"This will ensure an adequate supply of vaccines to intensify our vaccination rollout programme," Ntshavheni said.

The Minister thanked the over 35-year-old age group, who have been visiting inoculation centres to receive their life-saving vaccination.

"We’re looking forward to reaching 10 million by early next week," she said.

On 1 September, registration for those aged between 18 and 34 will open.

Cabinet has also noted the significant decline in new infections in South Africa after the country officially surpassed the peak of the third wave.

However, four provinces -- the Northern Cape, North West, Free State, and Western Cape (which recently passed the peak of the third wave) -- have been recording increases in daily new infection rates.

"Cabinet reiterates its call to all people in South Africa to continue adhering to the prevention protocols of masking up, washing up, maintaining a 1.5-metre social distance, and avoiding large gatherings," Ntshavheni said.

More in this category: « Study affirms J&J vaccine efficacy against death,hospitalisation. COVID-19 in SA: 12,371 new cases with 271 related deaths. »
back to top