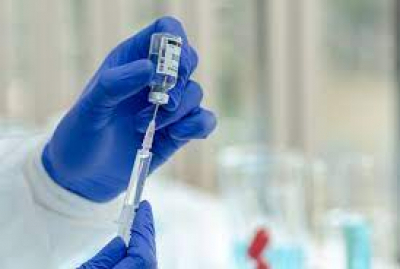 The National Institute for Communicable Diseases (NICD),reports 6,787 new COVID-19 cases that have been identified in South Africa, which brings the total number of laboratory-confirmed cases to 2,540,222. This increase represents a 21.7% positivity rate.

There has been an increase of 241 hospital admissions in the past 24 hours.

NICD said a further 199 COVID-19 related deaths have been reported, bringing total fatalities to 75,012 to date.

The coronavirus pandemic has killed at least 4,294,735 people worldwide since the virus first emerged in late 2019, according to an AFP compilation of official data.

Meanwhile the war against COVID-19 is changing, putting a floodlight on the deepening divide between countries that have the weapons to fight the virus and those that don't.

As concerns mount over the highly contagious delta variant, wealthy nations are tightening their grip on vaccine arsenals, while desperate people elsewhere in the world are dying due to a lack of shots.

Teetering on the edge of a dreaded new wave of coronavirus infections, the United States and Europe are deploying a barrage of monetary incentives and mandates to convince vaccine holdouts to get off the fence, and CNN is reporting momentum is building to dole out booster shots for vulnerable groups.

Officials in the US and the European Union have one eye trained on the United Kingdom, where the government was slammed last month for dropping nearly all coronavirus restrictions in England.

According to CNN, critics described the move as a "dangerous and unethical experiment," just as the country was in the midst of a frightening delta-fuelled spike in infections.

Around the world, hundreds of millions of people are still waiting to receive their first dose of a coronavirus vaccine and the prospect of widespread immunity feels like a pipe dream.

Africa and southeast Asia, where vaccine rates are low, are seeing some of their worst coronavirus outbreaks of the pandemic.

Authorities are being confronted with a pressing and seemingly insurmountable problem; how to reduce deaths without doses, and among populations who can no longer afford to stay at home.

International agencies, humanitarian aid organisations, and infectious-disease specialists have all cautioned countries against seeking booster shots until more data becomes available about whether or not they're needed, calling instead for governments with a surplus to donate doses to poorer nations struggling with supply issues and rising outbreaks.

Now cases appear to be subsiding, raising questions about whether Britain’s highly vaccinated population may be on the cusp of some sort of herd immunity, but epidemiologists say it's too early to tell.