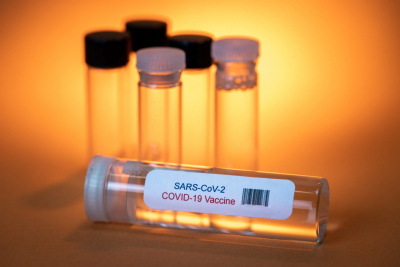 The National Institute for Communicable Diseases (NICD), reports 6,590 new COVID-19 cases that have been identified in South Africa, which brings the total number of laboratory-confirmed cases to 2,546,762. This increase represents an 18.8% positivity rate.

NICD said a further 189 COVID-19 related deaths have been reported, bringing total fatalities to 75,201 to date.

Meanwhile new research shows that Moderna’s vaccine may be the best option against the Delta variant of Covid-19 – and that a booster shot may be necessary if you have taken any of the other available vaccines.

In a study of more than 50,000 patients in the Mayo Clinic Health System, researchers found the effectiveness of Moderna’s vaccine against infection had dropped to 76% in July, when the Delta variant was predominant. This was down from 86% in early 2021, Reuters reported.

Over the same period, the effectiveness of the Pfizer/BioNTech vaccine had fallen to 42% from 76%, the researchers said.

While both vaccines remain effective at preventing hospitalisation, a Moderna booster shot may soon be necessary for anyone who got the Pfizer or Moderna vaccines earlier this year, said Dr Venky Soundararajan of Massachusetts data analytics company conference, who led the Mayo study.

The findings were corroborated by a separate Ontario study which found that the Moderna vaccine produced stronger immune responses than the Pfizer vaccine.

"We continue to believe a third dose booster may be needed within 6 to 12 months after full vaccination to maintain the highest levels of protection," a Pfizer spokesperson told Reuters.

South Africans eligible for vaccination have largely been restricted to two options until now – the one-dose Johnson & Johnson vaccine and the two-dose Pfizer vaccine.

According to the Department of Health, registered South Africans will be automatically be invited by the Electronic Vaccination Data System (EVDS) system via SMS for their second dose of vaccine 42 days (6 weeks) after the first dose.

The SMS will include the appointment details that you need for the second dose.

The department said that the second dose appointment may not be where your first appointment was as the programme is constantly growing and there are many new sites being added.

"If you have not received your SMS after 42 days, bring your vaccination card and visit a nearby site to receive your second dose."