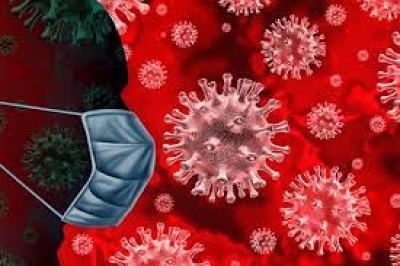 The National Institute for Communicable Diseases (NICD), reports 7,502 new COVID-19 cases that have been identified in South Africa, which brings the total number of laboratory-confirmed cases to 2,554,240.

NICD said a further 573 COVID-19 related deaths have been reported, bringing total fatalities to 75,774 to date.

Professional services firm PwC has published its latest economic outlook for South Africa, which includes forecast scenarios for the country’s lockdown levels and their likely impact on the economy.

The group’s economic scenarios for 2021 are strongly influenced by different perspectives about the third wave of Covid-19 infections.

On 27 June, president Cyril Ramaphosa announced a move to lockdown level 4 which included the banning of alcohol sales, social gatherings (excluding funerals), and leisure travel to and from Gauteng.

These were relaxed on 27 July as the country moved to lockdown level 3.

PwC compiled three scenarios for how South Africa’s lockdown levels could move until the end of the year. Both PwC’s baseline and downside assumptions consider a likely fourth wave of infections starting around the December holidays.

In addition to lockdown considerations, PwC’s economic forecasts also take into account the positive impacts of fiscal and monetary stimulus.

Former finance minister Tito Mboweni announced on 29 July that the government is planning a R38.9 billion support package and that this will include R5 billion in revenue measures and spending of R33.9 billion.

The package will be funded by better-than-expected fiscal revenues and will not need additional borrowing by the state.

"Key priorities include reinstatement of the R350 a month social relief grant until March 2022 (at a total cost of R26.7 billion), R2.3 billion to support businesses not covered by insurance for civil unrest, and R5 billion in incentives to encourage employers to hire and retain staff," PwC said.

"The reintroduced R350 payment over an extended period is seen by some analysts as an initial phase of what will eventually become a basic income grant."

To estimate the overall economic impact of these different factors, an Economic Impact Assessment (EIA) scenario tool was developed. PwC used a Social Accounting Matrix (SAM) methodology to estimate how lockdown restrictions affect the interaction of various sectors of the economy.

This scenario tool helps detail the direct, indirect and induced impacts of this specific shock on the economy.