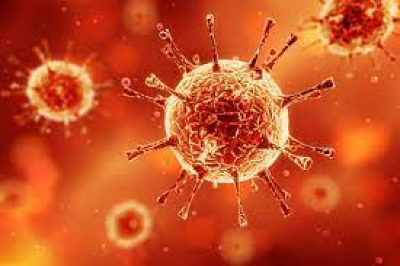 The National Institute for Communicable Diseases (NICD),reports 7,740 new COVID-19 cases that have been identified in South Africa, which brings the total number of laboratory-confirmed cases to 2,764,931. This increase represents a 17.0% positivity rate.

NICD said a further 134 COVID-19 related deaths have been reported, bringing total fatalities to 81,595 to date.

Meanwhile researchers in South Africa have identified a potential SARS-CoV-2 variant of interest. The variant was detected through genomic surveillance of the virus during the country’s third wave of infections.

The preliminary analysis is available on medRxiv while it undergoes peer review.

According to the paper, the variant has been assigned to the PANGO lineage C.1.2, which evolved from C.1, one of the lineages that dominated SA's first wave of infections and was last detected in January 2021.

"C.1.2 has since been detected across the majority of the provinces in South Africa and in seven other countries spanning Africa, Europe, Asia and Oceania," the authors wrote.

The scientists will continue to monitor the spread of the variant, and are currently assessing whether it has increased transmissibility and may escape protection following vaccination through in vitro (laboratory) studies.

What is a variant of interest?

Emerging variants of the virus are classified as variants of interest (VOI) or variants of concern (VOC) by the World Health Organization (WHO).

According to the WHO, a VOI has undergone genetic changes that may allow it to be transmitted more easily; cause more severe illness; or reduce the effectiveness of vaccines or treatments, among other factors.

The variant is elevated from a VOI to a VOC when there is increased evidence of it fulfilling at least one of the above criteria.

Currently, the Alpha, Beta, Gamma, and Delta variants are classified as VOCs.

Eta, Iota, Kappa, and Lambda have been grouped under VOI.

The Delta variant, which was first identified in India in December 2020, quickly spread to more than 100 other countries and started to dominate Covid infections, including in South Africa.

However, it was later detected in Mozambique and at this point, had additional mutations (changes to the virus’s genetic code). It was then assigned to PANGO lineage C.1.1.

Continued genomic surveillance had led to the identification of more, new sequences in South Africa. These sequences were distinct from C.1.1, which is why the researchers assigned them to the PANGO lineage C.1.2 on 22 July 2021.

The SARS-CoV-2 virus is closely monitored through South Africa’s network of genomic surveillance. The process of genomic sequencing allows scientists to monitor how the virus changes over time into new variants.

The recent analysis is the "work of dozens of scientists as part of the Network of Genomic Surveillance in South Africa (NGS-SA)", co-author, Professor Tulio de Oliveira and director of KRISP (Kwazulu-Natal Research Innovation and Sequencing Platform), said in a tweet.

According to their paper, C.1.2 is highly mutated compared to C.1, as well as the other VOC and VOI identified to date.

The newly emerged sequences they studied contained multiple changes within the virus's spike protein (how the virus enters human cells).

These changes have also been seen in other VOC, including Beta which dominated SA’s second wave, and are known for having increased infectivity through its ability to replicate. In other words, it promotes the transmission of the virus in people.

Of greater concern, however, is that C.1.2 has accumulated additional mutations, which are also likely to impact how well neutralising antibodies, a critical part of the body’s immune response to a virus, respond to the variant. This antibody is triggered by natural infection or vaccination.

Genomic surveillance is ongoing so that scientists can determine whether the combination of mutations in C.1.2 makes it more transmissible than other variants.

Because there has been a steady increase in the number of C.1.2 genomes in South Africa, the researchers will further investigate the impact of the effectiveness of the Covid vaccines against this variant in the lab.

"The reason why we decided to publish the preprint is that we see the C.1.2 persistence in South Africa and it is now in another 10 countries. It is early days as only 95 genomes have been published at GISAID. However, we found that in this pandemic is share info quicker than later (sic)," said de Oliveira.