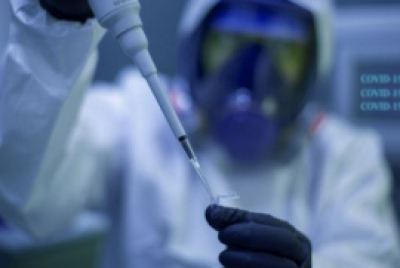 The National Institute for Communicable Diseases (NICD), reports 5,644 new COVID-19 cases that have been identified in South Africa, which brings the total number of laboratory-confirmed cases to 2,770,575. This increase represents a 17.6% positivity rate.

NICD said a further 235 COVID-19 related deaths have been reported, bringing total fatalities to 81,830 to date.

This is according to specialist scientists at the National Institute for Communicable Disease, who held a press conference to reassure the public that they are keeping an eye on the new variant.

However, they said there was no reason to believe the variant — dubbed C.1.2 — will disrupt the efficacy of either the J&J or the Pfizer vaccine, both of which are being rolled out in the country.

Prof Penny Moore of the NICD said it was understandable that the public was wondering what the implications on vaccines of the new variant were, but said there was little reason for concern at this point.

It remains a low minority variant in SA right now," she said. "Also, while it does have some mutations that concern us, it also has many that are familiar to us as we have seen them in the Beta and Delta variants too. This means we do have an understanding from earlier studies of what we can expect from how it will behave in terms of vaccines."

She added: "Those experiments are ongoing and we can’t say definitively that the variant is more or less sensitive at this point ... but despite the emergence of such variants, all the vaccines maintain efficacy against severe disease and death. We have considerable confidence that the vaccines rolled out here will protect against severe disease and death."

According to Prof Adrian Puren, acting executive director of the NICD, an early warning was important and that "we don’t want to be caught on the back foot" but "we also want to allay concerns and not create panic".

"Our current vaccines are potent and effective, and we also want to emphasise that non- pharmaceutical interventions remain critical," he said, adding that continuing to get as many people vaccinated as possible was key.

He said there may be other variants that emerge and that it is critical for people to still get vaccinated.

Read the Statement Here:Detection and Frequency of the C.1.2 Mutated SARS-COV-2 Lineage in South Africa.

More in this category: « Covid-19 Daily Update:SA records 7,740 new cases with 134 related . Government to look into vaccinating children once most adults are covered. »
back to top