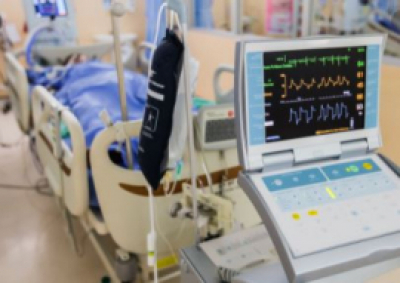 The South African Health Products Regulatory Authority (SAHPRA) board chairperson, Professor Helen Reese, has assured South Africans that the authority is working to make sure that COVID-19 vaccines are effective against new variants.

Reese was speaking during a presentation to the Portfolio Committee on Health on Thursday.

Reese said the behaviour of the new COVID-19 variant, C.1.2, against the vaccines currently being rolled out is being monitored closely.

"What we are doing is that for each variant that we see in this country, we will be testing the vaccines that we have against that variant to make sure that the vaccines we are rolling out remain effective. We are looking all the time at the effectiveness of vaccines once we roll them out, and we look at that in different ways.

"We look at how they are responding to new variants but we also look at what are called breakthrough infections… Are we seeing people who’ve been vaccinated getting hospitalised? If so, what was the variant, is it a new variant? When were they vaccinated? Are we seeing breakthrough infections because this vaccine or that vaccine is not as good at fighting off that particular variant? That is how we monitor it," Reese said.

She said research is showing that the variant is not behaving in the same way as the highly transmissible Delta variant.

However, she warned that that could change.

"It only represents about 2% of the current testing that’s going on but it’s been detected in eight of our nine provinces… It’s also been detected in eight countries around the world. It’s widely detected but it’s not doing at the moment what we have seen the Delta variant do, which is really take off - something we’re all familiar with.

"But with changes in this new variant… the concern is that the mutations suggest that this is a variant that could be more transmissible or could be better at evading our immune systems [and] resisting our immune response. We are watching it closely," Reese said.

She acknowledged that the efficacy of vaccines can vary as variants emerge, but vaccines do still fight severe illness, hospitalisation and even death.

"…All of these variants are learning ways to resist [vaccines]… so the effectiveness of all of the vaccines has dropped somewhat but it has not gone away. We then have to say, how effective are the vaccines that we’ve got against this variant because they might have been very effective at the beginning but their effectiveness could have dropped.

"The bar that we have set for ourselves – and this is an international bar – is to say 50% effectiveness is the minimum we would expect. But we also know many of the vaccines [are good at fighting]… severe disease and hospitalisation," Reese said.