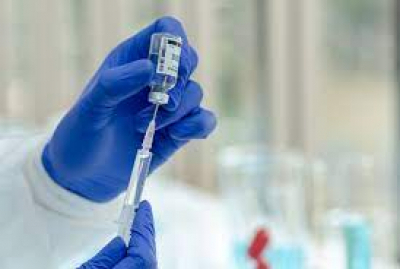 The National Institute for Communicable Diseases (NICD), reports 4 118 new COVID-19 cases that have been identified in South Africa, which brings the total number of laboratory-confirmed cases to 2 824 063.This increase represents a 14.0% positivity rate.

NICD said a further 198 COVID-19 related deaths have been reported, bringing total fatalities to 83 617 to date.

Meanwhile government has set itself an ambitious target of vaccinating at least 28 million adults by the end of December 2021, according to Health Minister Joe Phaahla.

On Monday, the minister said the vaccination programme was progressing steadily throughout the country. As of Sunday night, 10 million people had been vaccinated.

"I think just 9.95 million or so, but by this evening we will have crossed the 10 million individuals vaccinated - out of whom, as of yesterday (Sunday), just under 6.5 million had been fully vaccinated, either with the one dose of Johnson & Johnson or with the two doses of the Pfizer vaccine," Phaahla said.

He was speaking during a media briefing to announce the premiere date of a new documentary, which takes viewers inside a Covid-19 hospital in Pretoria during the peak of the pandemic in the country.

The documentary, Zero to Zero, is set to be broadcast on DStv Premium's M-Net channel on 4 October at 20:30.

It follows the staff of Zuid-Afrikaans Hospital (ZAH) - a non-profit hospital in Muckleneuk in Pretoria - in action as they race against time to save the lives of patients infected with Covid-19.

Phaahla hailed the film and the people behind it, saying he hoped it would motivate people to vaccinate to fight the deadly virus.

Phaahla said the average daily vaccinations in the last week was around 250 000 doses, including the first or second dose of Pfizer as well as the single dose of Johnson & Johnson.

He said they were happy with the daily vaccinations, but had set a target of improving it to 300 000 a day.

Phaahla said it was appreciated that people were getting their jabs, but there was still a long way to go.

He added that the government was making the process as easy as possible, including making the vaccine more accessible.