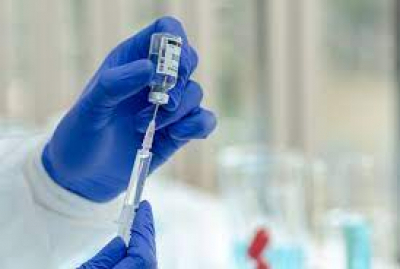 South Africa has recorded a total of 2.848,925 positive cases of Covid-19 as of Friday, with 5,885 new cases identified since the last report, the National Institute for Communicable Diseases (NICD) has announced.

This increase, according to the institute, represents a 10.3% positivity rate.

16.987,426 tests have been conducted in both public and private sectors.

Meanwhile the proliferation of Covid-19 variants in Africa, partly attributed to the low rates of vaccination on the continent, could lead to vaccine-evading mutations that complicate attempts to end the pandemic, a group of 112 African and 25 international organisations said.

A study of genomes from 33 African nations and two "overseas territories," published in the journal Science on Thursday, tracks the evolution of the pandemic across the continent and the emergence of a number of so-called Variants of Concern and Variants of Interest.

One of those, beta, spread around the globe earlier this year and rendered some vaccines partially ineffective.

The "slow rollout of vaccines in most African countries creates an environment in which the virus can replicate and evolve,” the organisations said. “This will almost certainly produce additional VOCs, any of which could derail the global fight against Covid-19."

While more than half of the population of the US and over 60% of people living in the European Union are fully vaccinated, just 3.2% of Africa’s 1.2 billion people have been fully dosed.

That’s resulted in a severe third wave of infections in many countries and the emergence of a new variant in South Africa known as C.1.2.

The study showed that Covid-19 was introduced to most African nations from Europe, and in turn the continent has exported the variants it spawned back to European countries. Different strains of the virus spread around the continent mainly from South Africa, Nigeria and Kenya – three of the African countries with the strongest links to the wider world.

The beta variant, identified in South Africa in December, quickly raced as far north as the Democratic Republic of Congo, most likely along the road and rail routes that connect the country’s ports with the sub-continent, the study said.

The research is the first major output by Africa’s leading scientists in an effort to increase the continent’s ability to produce and analyze genomic data. Two variants in West Africa and East Africa, known as B.1.525 and A.23.1, need to be contained, it said.

There is strong evidence that both of these VOIs are rising in frequency in the regions where they have been detected, which suggests that they may possess higher fitness than other variants," the scientists said.

"Although more focused research on the biological properties of these VOIs is needed to confirm whether they should be considered VOCs, it would be prudent to assume the worst."

The study was done in cooperation with the World Health Organization and the Africa Centres for Disease Control & Prevention.

"If the virus keeps evolving on the African continent, this will become a global problem," said Tulio de Oliveira, a bioninformatics professor who helped put together the study and runs gene-sequencing institutions at two South African universities. "It is our moral duty to try to protect Africa and the world."