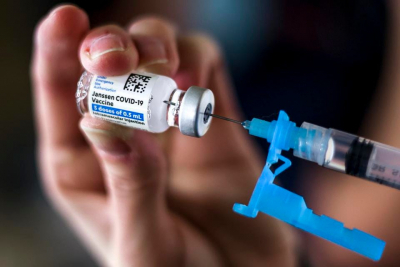 The current surge in COVID-19 infections seems to be showing signs of a sustained downward trend. Today NICD reports 3 961 new COVID-19 cases that have been identified in South Africa, which brings the total number of laboratory-confirmed cases to 2 858 195. This increase represents an 11.0% positivity rate.

NICD said a further 126 COVID-19 related deaths have been reported, bringing total fatalities to 84 877 to date.

Ramaphosa’s address has been scheduled for 8pm on Sunday. This follows after the National Coronavirus Command Council (NCCC), the President’s Coordinating Council and Cabinet met last week to discuss and review the current adjusted level 3 restrictions.

"As South Africa rolls out its Covid-19 vaccination programme, government and social partners are continuously monitoring infection, treatment, recovery and vaccination rates, rates as well as compliance with health regulations and other prevention measures," the statement read.

Earlier this week,Fullview reported a move to lockdown Level 2 was imminent and would be announced by Ramaphosa.

It is understood he met with the NCCC and PCC on Tuesday to discuss the possible amendments, which include an adjusted curfew from 23:00 to 04:00.

Among the recommendations,is the number of people at gatherings will be increased from 50 to 100 indoors and 250 outdoors, including sporting events.

Off-site alcohol sales would also be allowed from Monday to Friday until 18:00 and on-site until 22:00.

It is further understood the government will consider using incentives to encourage vaccinations while also exploring the use of vaccination records to allow those who have received their jabs to be able to access activities and amenities.